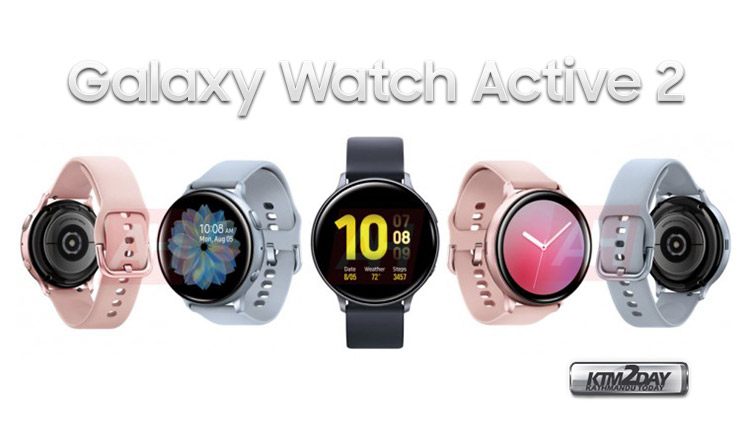 The official announcement of the new model of smart watches – Samsung Galaxy Watch Active 2 will be held on August 5. However, leaked resources of this device allow us to become familiar with the images and specification of this new product.

Judging by the published image, we see that Samsung is going to present three versions of color to the conusmers in black and silver, blue and gray, and pink,golden and beige.

In addition, there will be a special edition of Under Armor in black with a black or gray strap. However, while there is no exact information about the differences of this version from the usual model of Galaxy Watch Active 2.

According to available information, the smart watch Samsung Galaxy Watch Active 2 will receive a touch edge. Thanks to this, users can control the clock by closing the display with their fingers. Rumors also claim that the new product integrates the Bluetooth 5.0 wireless module, sensors for reading the electrocardiogram, and for detecting a fall. The device will be equipped by Exynos 9110 chipset, 768 MB of RAM and 4 GB of internal flash memory.

These watches will be offered in two sizes. The 40-mm version is equipped with a 1.2-inch display and a battery capacity of 247 mAh.

The larger 44-mm modification carries a 1.4-inch display and a 340 mAh battery. In both cases, a Super AMOLED display with a resolution of 360 × 360 pixels, covered with Gorilla Glass protective glass is featured. As expected, the variants with options will also be offered, either with support for Wi-Fi only or with an additional LTE module. Among other things, the certification of MIL-STD 810G and the tightness of 5 ATM are mentioned.

The estimated price of smart watches Samsung Galaxy Watch Active 2 is not reported.