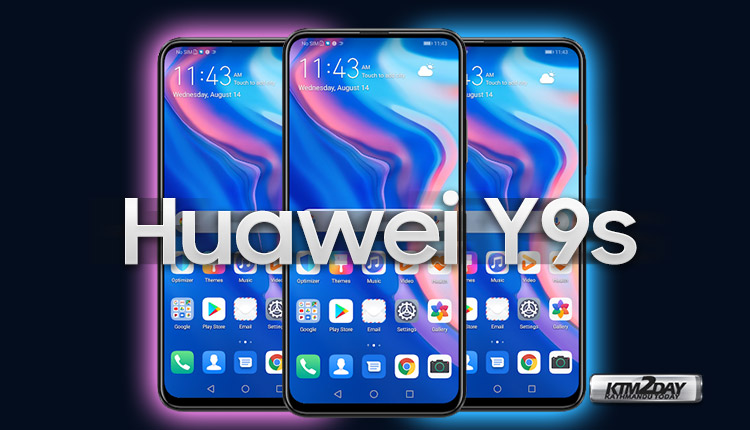 Huawei will try to consolidate the success of the Honor 9X and 9X Pro smartphones with a number of other models – all in terms of design, specification and price.

Huawei Y9s has recently lit up in the Android Enterprise database revealing partial specification along with official frontal image of the device .

Although the specs of the device listed on the database are really scarce at the moment but more details should emerge soon.

According to the informations provided on the Android Enterprise database, the upcoming Huawei 9S sports a 6.5 inch display with 4 GB of RAM and 64 GB of internal storage . The device will come equipped with a fingerprint sensor but there are no further details mentioned. The device will run on latest Android 9 Pie operating system out of the box with Huawei’s EMUI 9.1 custom user-interface on top.

Looking at the image , the Huawei 9S resembles the latest Honor 9X series smartphones in terms of design . As can be seen that it is attributed with large All-View display devoid with any notches or punch hole for camera. So it is speculated that this mid-range device will host a pop-up selfie camera on the front. Since there is no rear image of this device so everything will be wrong if we make further assumptions here.

The other key specifications of the smartphone, however, remain a mystery at this point. However, the Android Enterprise listing does suggest the Y9s may be officially announced very soon. Thanks to its notch-free display and pop-up selfie camera, we can expect the Y9s to be slightly more expensive than the Huawei Y9 (2019).

Huawei launched the Y9 2019 in the Nepali market for Rs 29,990 last year in October and the time is ripe for its new successor to arrive in the form of Y9s. The new model could be launched around the same timeline in Nepali market this year bearing almost similar price tag but with better specifications hopefully.