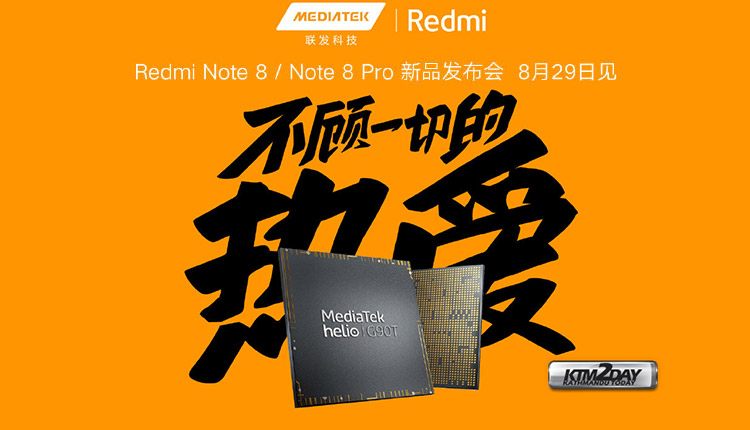 As expected all previous speculation has come out true after the confirmation coming from Mediatek. The company posted on Chinese social network Weibo to confirm the presence of the MediaTek G90T processor on the Redmi Note 8 series.

As you can see from the image, the Redmi Note 8 and Note 8 Pro will come with the latest MediaTek processor. The Xiaomi sub-brand had already stated that one of its equipment would come to market with this SoC, so this announcement is not a total surprise.

The MediaTek G90T is part of the latest processor range introduced by the Asian company. This new range of SoC’s is aimed at the gaming market that has gained many fans in recent times. 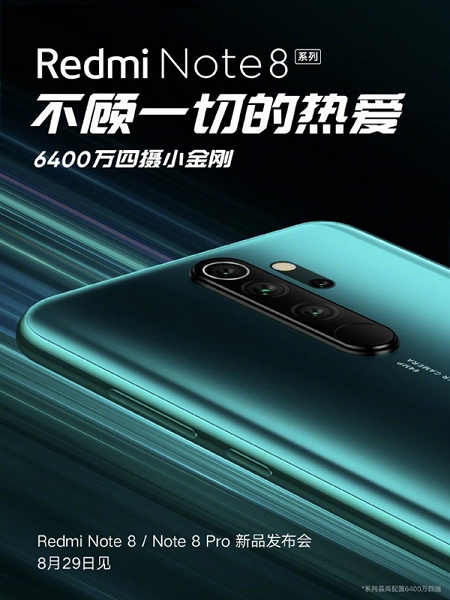 To support this, the new processor comes equipped with new Hyperengine technology. This technology will be responsible for the intelligent management of smartphone resources to boost its performance while playing games.

At the technical level, the MediaTek G90T was developed in 12 nanometer lithography. It has eight processing cores composed of Cortex-A55 and Cortex-A76, reaching a maximum frequency of 2GHz along with Mali-G76 graphic processing unit.

The Redmi Note 8 will differ from the Pro model especially in the camera specs. Indeed, this model is expected to come with a 48MP lens. Both smartphones will come with a fingerprint sensor on the back and will be equipped with NFC chip.

Redmi will unveil its new smartphone on August 29th. At the same event we will get to know the first Smart TV from this Chinese company.