Mobile PhonesXiaomi
By NewsTeam On Aug 22, 2019 Currently, the Xiaomi Mi Mix 4 is probably the most anticipated smartphone, as it will be the best smartphone ever made by Xiaomi. However, so far there has not been much information about it’s specifications.

Now, through a leaker on Chinese social network Weibo, we have learned some of the impressive Mi Mix 4 specifications. However, it is important to note that this information has not been confirmed officially and is only rumored.

In the leaker-revealed information, the Mi Mix 4 is expected to be the first smartphone to come equipped with Samsung’s new 108MP sensor, and will also come with a 12MP camera sensor with periscope lens.

The periscope lens was the big secret for the Huawei P30 Pro to achieve excellent results with optical zoom. However, Huawei’s flagship comes with an 8MP sensor behind this lens. In addition to these two impressive sensors, the Mi Mix 4 will also include a 16MP sensor with ultra wide angle lens. 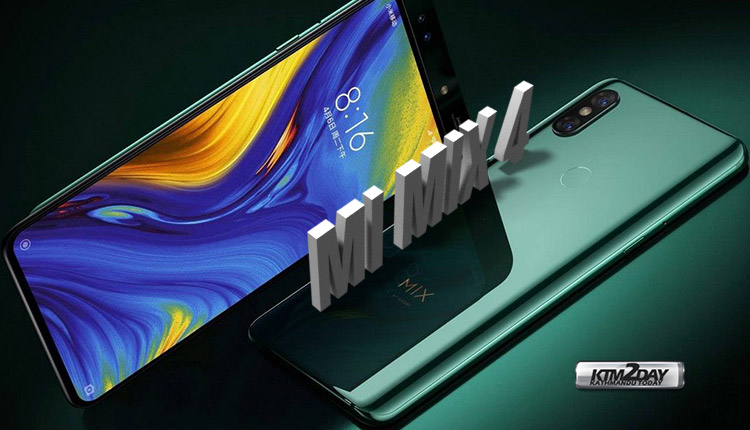 It is true that we can only draw final conclusions after seeing practical results from these camera modules. But if these specifications are confirmed, it seems that the Xiaomi Mi Mix 4 could be one of the best smartphones for photography today. As regards to its front camera, no information has been disclosed. But it seems that the manufacturer may bet on a pop-up camera.

For the rest of the specs, the Xiaomi Mi Mix 4 will delight the fans of the brand. Still to be confirmed, it should arrive with a Super AMOLED panel with Full HD + resolution. Controlling the center of operations will be the Qualcomm Snapdragon 855+ processor.

Another point that may come as a surprise is the internal memory size. According to the leaker, the Mi Mix 4 will come with up to 12GB of RAM and 1TB of UFS 3.0 storage.

In addition, reference is also made to support for NFC and a possible return of the 3.5mm Jack audio input.