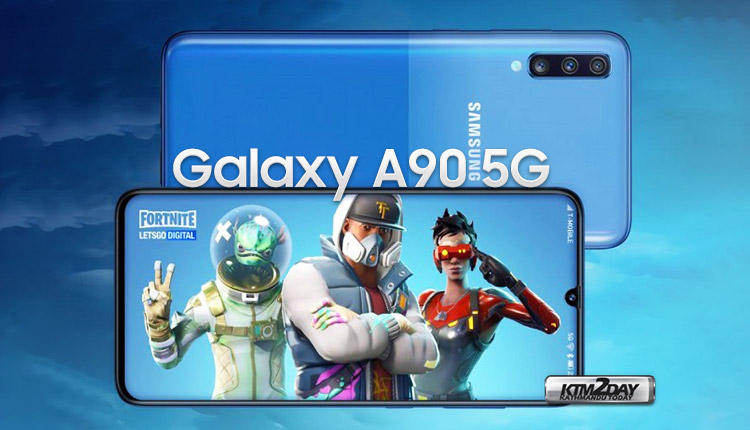 Samsung is preparing to launch the first 5G smartphone belonging to a different price category than its flagship devices. After a Galaxy A90 5G promotion poster has been leaked, we now also have a picture of the retail box pack of this device.

These images confirm the design and specifications of the device. This will feature an Infinity-U screen with  water drop style notch, and triple cameras on its back panel. Although the A-range is mid-range, the device will – according to these images – come equipped with the Snapdragon 855 processor. 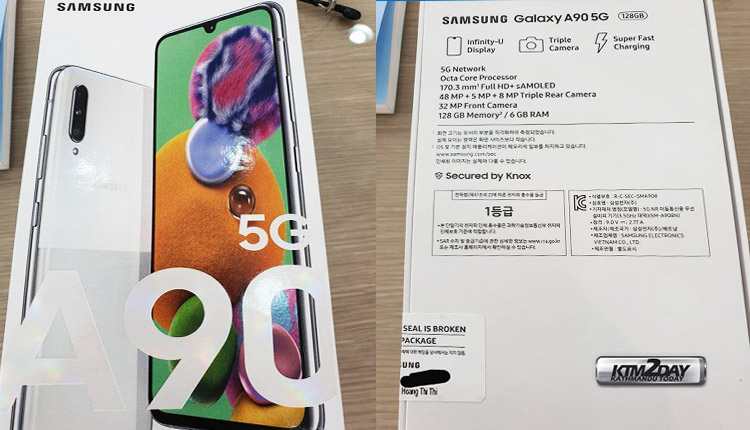 The back of the box reveals the main specifications. The device will arrive equipped with 6GB of RAM and 128GB of internal storage. Commanding the centre of operations will be an octa-core processor that is not specified but speculated to be the referred Snapdragon 855.

The front of the device will be a FullHD + screen with Super AMOLED technology measuring 170.3mm. This means that the smartphone will be 6.7 inches.

The front selfie camera will be 32 megapixels, but it is in the rear where the cameras of interest are. According to the box, the main camera will be 48MP, and will be supported by 5MP and 8MP sensors.

The case does not reveal the battery capacity of the Galaxy A90 5G, but it is confirmed that it will come with 25W fast charging support. But the Galaxy A90 5G itself, according to rumors, will support 45 W charging – like the Galaxy Note10.

Arriving equipped with the Snapdragon 855 and 5G, this is a device to be considered for those who want to prepare for the future.

Since the photo of the retail box of the smartphone has already appeared on the Web, the official premiere of the device is expected very soon. Perhaps a promising new product will be presented next week.