Nobel Prize in Chemistry awarded for development of lithium-ion batteries 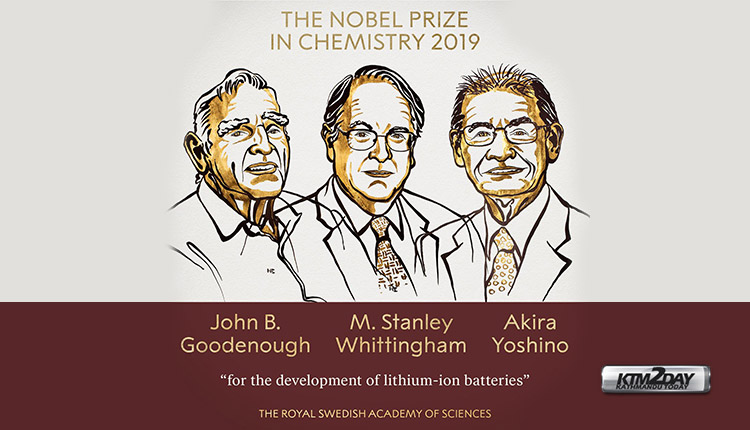 “These lightweight, rechargeable and powerful batteries are now used everywhere, from mobile phones and laptops to electric cars. They can save a significant amount of energy from renewable sources from the sun and wind, ”said the Nobel Committee of the Royal Swedish Academy of Sciences.

In recent years, experts have repeatedly predicted the awarding of the Nobel Prize to developers of lithium-ion batteries.

The award ceremony will take place in Stockholm on December 10, on the day of the death of the Swedish businessman and inventor Alfred Nobel (1833−1896).

The sum of each of the Nobel Prizes this year is nine million Swedish crowns (more than 900 thousand US dollars).