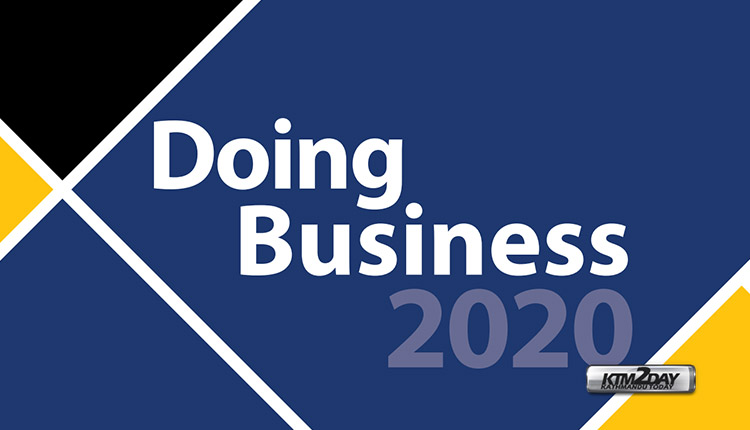 Nepal has moved up 16 places in the World Bank’s Doing Business index for 2020 and ranked 94th among 190 economies in the world.

The stride in the global ranking of Nepal highlights a significant progress that the government has made in easing business climate of the country over the past year.

Earlier last year, the government had faced criticisms when Nepal’s position in World Bank Group’s Doing Business index fell five places to 110th. However, Nepal has improved its global ranking in the Doing Business index of 2020 with the country’s overall score going up by 3.5 points to 63.2 from last year’s 59.7. Measured on a scale from 0 to 100, 0 represents the lowest and 100 represents the best performance of any country’s on ease of doing business.

Toward topic-wise indicators, Nepal’s performance looks mixed. Of the 10 topics assessed by the World Bank Group in its study, Nepal made progress in five topics while the country’s performance worsened in three compared to the last year’s score. There was no change in the score of two topics.

According to topic-wise score, Nepal made it easier to deal with construction permits, getting electricity, getting credit, trading across borders and enforcing contracts. On the other hand, it became more difficult to start a business and registering property in the country as shown by the report. However, there has not been any change in the score on indicators related to protecting minority investors and resolving insolvency.

“However, our two neighbors – China and India – are ahead us in the ranking. This means we still have lot of things to be at their level.”

While Nepal climbed up in the ranking owing to reforms undertaken by the government in last one year to improve the business climate for domestic small and medium-size enterprises, the country did not feature in the list of top 10 improvers that include neighboring China and India.

“The progress in the ranking has showed that the country has simplified business regulations to make it easier for doing business. This is also due to efforts made by the private sector of the country,” said Satish Kumar More, the president of Confederation of Nepalese Industries. 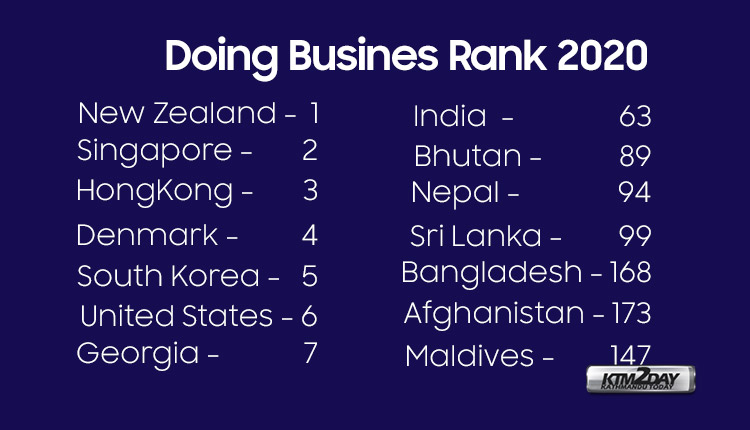 In South Asia, Nepal trails behind India (63rd) and Bhutan (89th) in the ranking.

The improvement in the Doing Business ranking comes as a pat on the back of the government which has drawn flaks for doing little to boost the confidence of the private sector and business community despite commanding two-thirds majority in the parliament.

Earlier last year, the fall of the country in the ranking has prompted criticisms of the government for its failure to initiate reforms and improve business regulations in the country.

Dismayed by the report that pushed Nepal’s ranking down last year, Minister for Finance Yuba Raj Khatiwada had not only slammed the World Bank Group’s report but also raised question over its ranking methodology. Later, the World Bank Group sent a technical mission to Nepal ‘to share and discuss the Doing Business methodology’.