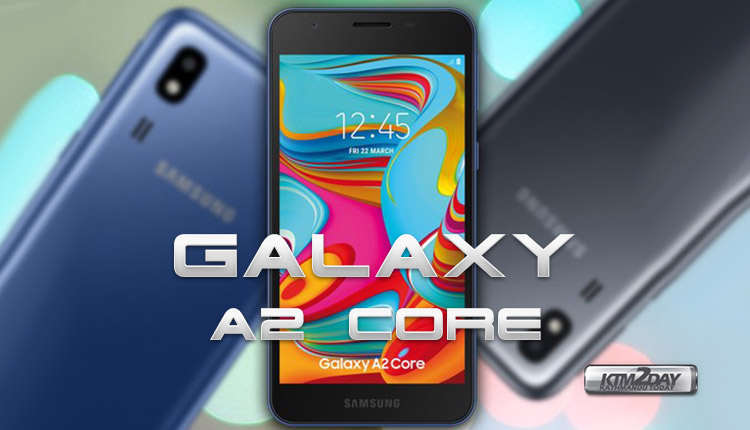 Samsung is preparing to introduce its second smartphone equipped with Android Go. Thanks to the leaked information we now have 3D renders that reveal the design of the new Samsung Galaxy A2 Core.

Being an Android Go smartphone, so do not expect to see higher specs on this one. As is customary in this type of smartphone, its hardware components are quite modest, intended only to perform the most basic features.

As for its design, there are no big surprises either. We have a front panel with huge margins and the manufacturer’s logo on the bottom chin. On the back panel, we have a single camera accompanied by an LED flash and once again Samsung’s branding centered on the top half. In terms of build quality, as you would expect, it’s made of plastic.

Regarding the specifications that was revealed by GeekBench last month the handset is powered by Exynos 7870 processor. Although it is a very modest processor, it manages to be superior to what we usually find in this type of smartphones. 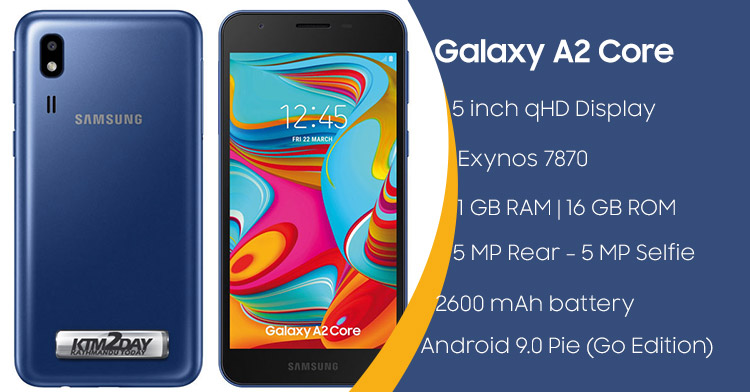 On the other hand, it will only come with 1GB of RAM. The Android Go operating system was developed to work on smartphones with this type of specifications, however multi-tasking capabilities is where it lags behind.

We do not have any information on the specifications of the cameras and can be speculated to be of 8MP to 5MP as featured in low entry-level budget handsets.

Finally, Samsung has launched the Samsung Galaxy A2 Core With Android Pie (Go Edition) at an affordable price of INR 5,290 which converts to around NRs 8,500 in Nepali currency. The device may soon land up in Nepali market anytime soon.

Samsung Galaxy A2 Core With Android Pie (Go Edition) has been launched in Nepali market for Rs. 9,390. The device has 1 GB RAM and 16 GB of internal storage.