Redmi 7 gets MIUI 11 update based on Android 9 Pie 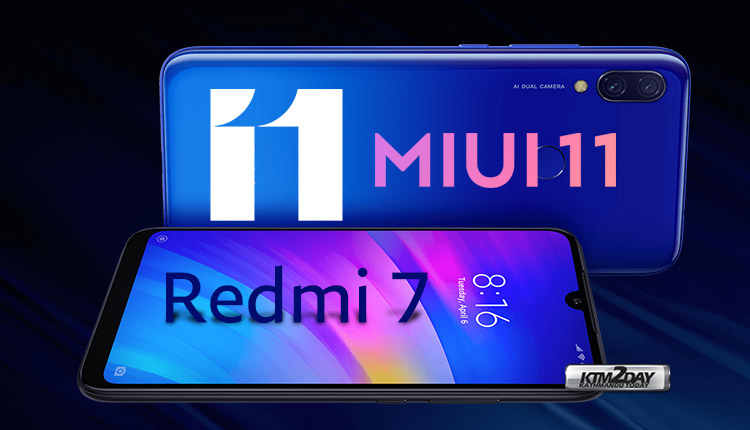 Xiaomi is releasing the global version of MIUI 11 stable for pocophone F1, Redmi Note 7 Pro, Redmi Note 5 Pro, Redmi 7, Redmi 7A, Redmi Y3 and Redmi K20 (Mi 9T). In addition, the company has been testing the beta version of this update on other phones. More devices will be contemplated in November and December.

The company recently rolled out MIUI 11 update for one of its most popular device Redmi 7 , but the latest UI is still based on Android 9.0 Pie and not Android 10 as users have been expecting.

Redmi India’s official Twitter account announced last week that the Redmi K20 received MIUI 11 in the “Global Stable” version; it is sold in other countries like Mi 9T. 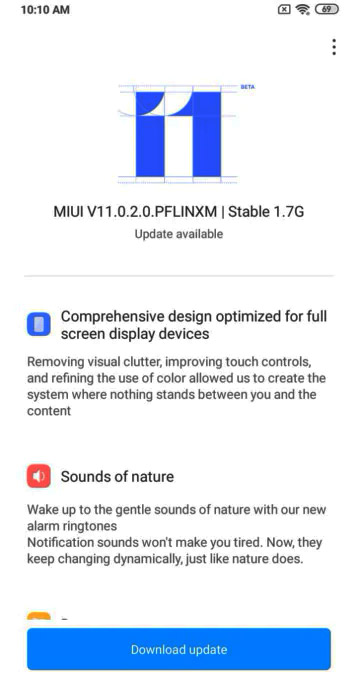 Redmi 7 users should get a notification to update your device already or anytime soon. In case you haven’t then here is a step by step guide to update your smartphone to the latest version – Go to Settings > About Phone > System Update and click on Check for Updates. If the update is available for your phone it will start downloading with just a tap of a button.

After rolling out the new update for the first batch of Xiaomi devices, the second batch is of phones is set to start getting updates from November 4 till November 12 which includes devices like Redmi 6, Redmi Note 5, Redmi 5A, Redmi Note 4, Redmi Y2, Mi Mix 2, Mi Max 2, etc.