Poco C50 to be launched in India by last week of November : Features, Specs In India, POCO will soon introduce the POCO C50. The smartphone will make its debut in the final week of November, according to the Xiaomi sub-brand. Name of upcoming product has also now been confirmed.

The POCO C50 is a follow-up to the C40, which was announced in June but never released in India. The POCO C31 was the last C-series phone launched in the country.

POCO has not yet announced the crucial C50 specifications. According to the official company press release, the device will be a “budget disruptor” and “overall package” with “stellar camera performance,” “immersive multimedia experience,” and “long battery life with a sleek design.”

In the days leading up to the debut event, more information about the smartphone will become available. 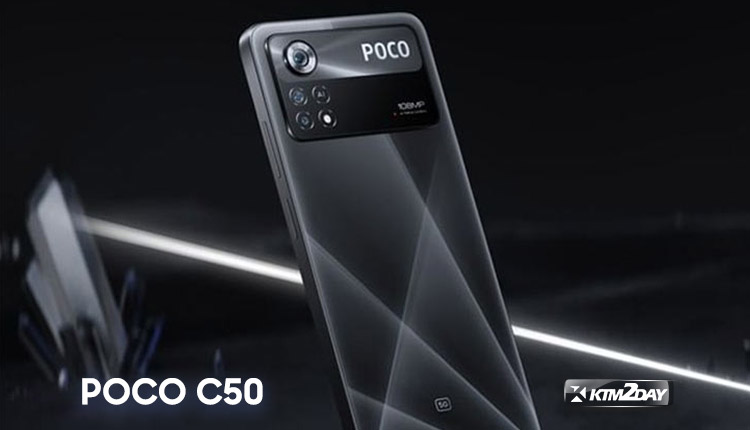 The POCO C50 has been seen on the IMEI database and the list of devices supported by Google Play, as previously reported.

There is a possibility that this is a rebranded Redmi A1+, as this model appears in the listings.

The POCO C50, if it is indeed a rebranded Redmi A1+, will likely have a 6.5-inch IPS LCD display with a waterdrop notch and HD+ resolution.

A fingerprint scanner will be located on its back. The smartphone might have a 5 megapixel selfie camera and an 8 megapixel main camera, along with a secondary, 0.08 megapixel camera.

The device’s processor could be the Helio A22, and it could have 2GB or 3GB of RAM.

It’s possible that both models will have 32GB of storage space preinstalled. A 5,000 mAh battery with 10 W charging capacity will be installed. This upcoming product will utilize Android 12 (Go edition).