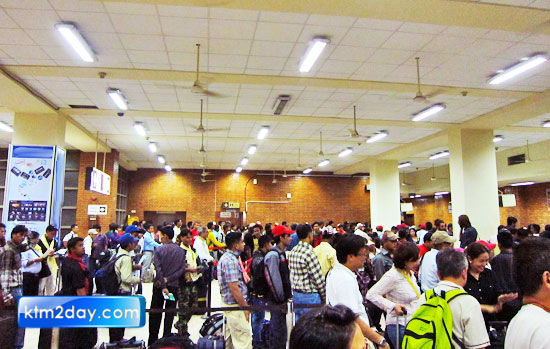 The first month of the fiscal year saw 45,390 Nepali migrant workers heading off to foreign labour destinations. There were 225 more departures than last year.

According to the data of the Department of Foreign Employment (DoFE) for the period mid-July to mid-August, 32,658 workers among the total departures left under institutional mediation and personal contacts. There were also 12,732 workers returning to their jobs after acquiring re-entry permits.

The Nepal Association of Foreign Employment Agencies said that demand from all the major hiring countries including Malaysia and the Gulf countries had increased. It added that local recruiting agencies had not been able to fulfil orders from the Gulf as jobseekers were more keen to go to Malaysia or Korea under the Employment Permit System.

Meanwhile, Malaysia and the Gulf countries topped the list in hiring Nepali workers during the review period as in past years. Malaysia absorbed 14,449 workers followed by Saudi Arabia with 11,607. Qatar hired 10,646 and the United Arab Emirates (UAE) took in 5,538. Likewise, 1,094 workers left for Kuwait.

Jobseekers are more interested in working in Malaysia than the Gulf counties even though the pre-departure costs are higher due to the involvement of Malaysian agencies, said local recruiting agencies. Assurances by the Malaysian government of a hike in the basic salary, provision of overtime, pleasant climate and availability of indoor jobs, among other attractions, are what lure jobseekers to Malaysia.

“We hope to receive more demand after Ramadan as Malaysia has put Nepal in its priority list for migrant workers,” said Kumud Khanal, vice-president of the association. He added that Malaysia had limited entry of foreign workers for about nine months last year while it processed illegal workers to legalise them.

Compared to last year, Malaysia and Saudi Arabia hired 49 percent and 35.94 percent more workers respectively. However, departures to Qatar, the UAE and Kuwait were down 32.19 percent, 19.72 percent and 47.60 percent respectively.

Worker departures in the first month