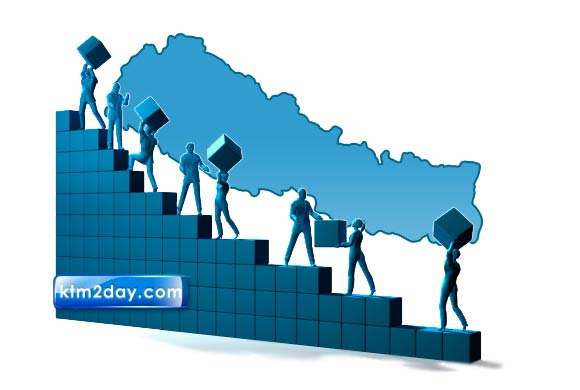 The Asian Development Bank (ADB) has projected the economic growth rate of Nepal to remain at 4.5 percent against the government’s forecast of 5.5 percent for the current Fiscal Year 2013/14 that ends on July 16.

Taking into account the favorable monsoon, more rapid growth of remittance inﬂows, the timely introduction of a full budget and assuming a political stability would help Nepal achieve the 4.5 percent economic growth rate, which is less than the government’s target, said ADB while unveiling the Asian Development Outlook 2014 on Tuesday in Kathmandu.

Normal monsoon rains and adequate supplies of chemical fertilisers have allowed full paddy planting in most of the country this year, it said.

“The budget with a sharp 41.1 percent boost planned for expenditure and underpinned by positive political developments and clearer government direction has strengthened business and investor confidence and so the prospects for a boost in industrial activities and exports,” it added.

“Higher remittance-backed consumer demand and an uptick in tourism will support services growth at around 5 percent. More than half of growth will come from services and the balance largely from agriculture.” the ADB report further said.

It further said that the economic outlook is more optimistic than in fiscal year 2013, considering the successful second Constituent Assembly election in November 2013 (following an 18-month hiatus from the end of the ﬁrst assembly).

The Constituent Assembly is expected to pass legislation that will promote investment in key sectors and mandate structural reforms. However, there is a downside risk of political instability arising from continued disagreement among the major political parties over unsettled constitutional and governance issues, especially those of federalism and the nature of parliament and the executive.

The economic growth, however, is expected to rise slightly to remain at 4.7 percent in the Fiscal Year 2014/2015, assuming a normal monsoon, a timely budget, continued strong remittance inﬂows, a revival in real estate and housing, and the better growth outlook in neighboring India.