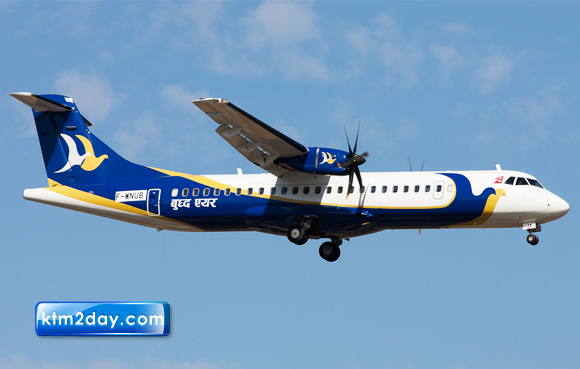 High airfares and convenient surface transportation have caused a decline in domestic air passenger traffic in 2012. According to Tribhuvan International Airport (TIA), domestic passenger movement dropped 0.55 percent to 1.575 million in 2012.

Airport authorities and airlines said that a reduction in airline seat capacity and an economic slump were other reasons why fewer travellers chose to fly in 2012.

“Nowadays, a large number of luxury buses are operating on the highways and due to less road blockades, price conscious travellers have many options to travel which has adversely effected airline occupancy,” said Purna Chudal, chief of Kathmandu’s domestic airport terminal.

Likewise, a drop in business activities following a downturn in the real estate business and development activities due to the release of a partial budget have also been cited as reasons for the reduction in air traveller movement. The Nepali skies saw 70,877 flights in the review period, a drop of 10.49 percent. According to the stats, an average 195 planes took off and landed at TIA daily.

AIRFARE HIKES
Industry watchers said that a sharp hike in airfares in the form of an increased fuel surcharge had discouraged frequent fliers.

“The reason airlines are only getting their frequent travellers is the airfare structure that has increased significantly,” said Ankur Rana, reservation manager at Yeti Airlines. Airlines said fuel accounts for more than 30-35 percent of their overall operating cost, and that they were compelled to hike the surcharge which has resulted in a significant rise in airfares over the last two years.

Nepal Oil Corporation (NOC) hiked prices of aviation turbine fuel (ATF) by 10.09 percent to an all-time high of Rs 120 per litre in 2012. However, due to an ongoing competition between two major aviation rivals — Buddha Air and Yeti Airlines — industry watchers said that travellers were still benefiting from the promotional fares.

Meanwhile, domestic passenger movement saw a robust growth of 12.83 percent in 2010 compared to 2009 as airlines cut fares amid stiff competition.

“As the country suffered the highest number of strikes in 2010, particularly in the Tarai region, domestic airlines saw a record high demand and also fierce price competition,” said Prajol Thapa, chief of marketing and sales of Simrik Airlines.
Sources said that it had become difficult for airlines to attract new flyers due to the price factor which has become non-affordable for many.

TWO RIVALS
According to TIA stats, Buddha Air secured 60 percent of the market share among the seven commercial domestic airlines. The carrier flew 881,611 travellers in 2012, up 27.59 percent.

As usual, both airlines engage in an advertising war during the lean season even violating the basic code of conduct of promotional advertising.

“But actually, these rival airlines do not go for a price competition,” said an official at the Civil Aviation Authority of Nepal. “However, as per the market demand philosophy, they raise the airfare when traveller movement is high and announce promotional fares when travel demand is low,” the official added. Rana of Yeti admitted that fuel prices had put an extra burden on them, but the market still sees stiff cut-fare wars.

Apart from these two rivals, all five airlines saw a negative growth. Agni Air was the major loser in terms of passenger occupancy. Agni Air which has been grounded since mid-November last year due to its management problem, saw its passenger movement plunge 57.19 percent. The carrier flew 197,346 travellers in 2011. The carrier plans to resume flights in March.

Meanwhile, Yeti’s subsidiary Tara Air flew 68,758 travellers in the review period, down 12.09 percent. The state-owned national flag carrier Nepal Airlines lost 19.82 percent in 2012. The carrier flew 36,874 travellers. Among the major losers, Guna Air (now Simrik Airlines) saw the number of its passengers drop by 71.98 percent to 26,752. Simrik which has been operating flights to Pokhara and Mountain View flights, plans to operate to Simara from March 6. “We also plan to resume flight to Bhairahawa soon,” Thapa said.

Likewise, Sita Air saw its passenger movement drop by 43.36 percent to 8,803 in the review period.