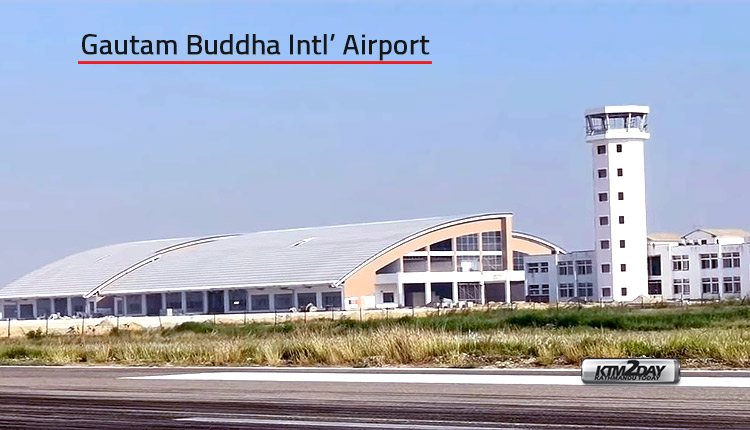 The overall progress of the construction work at Gautam Buddha International Airport site has been completed by 91 percent. Most of the structures of the airport, which is targeted to be operational by 2020, have been completed.

Construction of 3 kilometer runway of the airport has been completed. Deputy Director General and Spokesperson Raj Kumar Chhetri said that works related to installation of lights on the runway, construction of conveyor belt and other internal finishing works still remains to be completed.

“So far, the physical progress of the construction of the airport has been 91 percent complete. We are preparing to bring the airport into operation within six months after lockdown gets lifted, ”he said.

According to the project chief officer, only finishing and equipment installation works remains to be completed as construction of large physical infrastructures has already completed.

The project is expected to take some more time to complete due to delay in importing equipment from China and third countries due to Covid 19. The official said that some of the equipment from China was still on the way and some have already arrived at the construction site.

“It is expected that all the work will be completed by December as important equipment has not arrived,” he said. He said that the work of connecting the equipment of ISK is going on continuously. “Some equipment has to be brought from third countries. As the government has decided to operate the international airport from September 20, we will start bringing equipment at this time, ”he said. According to the project chief, lights are yet to be installed on the 5-meter wide road and runway, which is a major physical infrastructure. “A road of about 5 meters width should be built around the runway in a large structure. We are starting construction on August which will take around a month’s time to complete, ”he said.“ There is still work to be done to connect the lights on the runway. ”

Work has already started by inviting tenders for storage of aviation fuel required for Lumbini Airport. Surendra Poudel, executive director of the corporation, said that the work of storing 350 kiloliters of aviation fuel has already started and the construction will be completed within the next three months. However, he said that preparations are being made to invite tenders for large-capacity storage facilities at Tribhuvan International Airport. “Tenders will be invited till August 31,” he said.

Airport could come into operation by December

Looking at the construction progress so far and the time it will take for the equipment to arrive, it is expected that the airport will be operational by December 2020. Additionally, the monsoon season has also added an extra delay on all exterior works being carried out on the site.

“Equipment could not be brought during lockdown period when most of the work was scheduled to be carried out and completed,” said the project chief. He said that the construction of the operational structure is planned to be completed by December.

The passenger capacity of this airport is around 4,00,000 annually. The project chief official said that 400 passengers can be handled from the airport in an hour during peak hours.

The project has stated that the physical progress of the airport is 91 percent and the financial progress is 61 percent. Currently, 275 to 300 employees are participating in the construction of the airport daily.