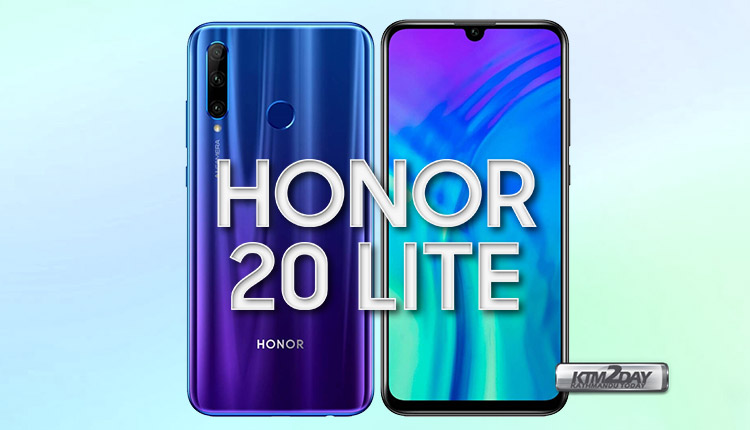 The Huawei subsidiary is already preparing for one of its major launches of the year; after rumors and leaks reinforced the existence of Honor 20 and Honor 20 Pro , both with three rear cameras and Kirin 980 top-of-the-line processor, as new details has come out in relation to the most basic and cheap variant of the line, Honor 20 Lite , also known by its second name in Chinese market as Honor 20i .

According to the German site WinFuture , which obtained exclusive renders of the brand’s new intermediary, the device Honor 20 Lite will sport a triple camera setup at the back, gradient color finish and notch for the front camera that will arrive with resolution of 32 MP.

Regarding hardware, it is said that this model will hit the market with a 14-nanometer HiSilicon Kirin 710 processor with a maximum clock rate of up to 2.2 GHz. The Honor 20 Lite will also come with 128 GB of internal storage and 4 GB of RAM. The device will also come with headphone jack in the standard 3.5mm for everyone’s happiness, but unfortunately will still offer the old microUSB connector .

And speaking of cameras, the device has a 32 MP front with f / 2.0 aperture and three rear cameras, the main sensor with 24 MP, standard lens and f / 1.8 aperture, 8 MP secondary sensor with ultra-wide lens with 120 degree angulation and a third 2MP sensor dedicated to depth of field detection.

The Honor 20 Lite or Honor 20i has already been confirmed in teasers by the manufacturer itself and will be announced next week, April 17th, the third Wednesday of this month. The device is expected to cost approximately 279 euros in the European market, or about NRs 35,000 in approximate conversion.

The Honor 20 Lite or Honor 20i has been recently launched in International market and is awaiting for launch in Nepal. The prices for each variant is listed below which is also provided in approximate Nepali currency. Do note that the local pricing will differ when it’s launched in Nepali market due to added taxes. The price of Honor 20 Lite in Nepal will start at Rs 30,000 and will cost upward to Rs 36,000.

Here are the approximate prices for each variant: