Intel, as planned, today introduced the 10th generation of Core mobile processors for gaming laptops, also known as Comet Lake-H. In total, six processors were presented, which have from four to eight cores with support for Hyper-Threading technology and a TDP level of 45 watts.

Comet Lake-H processors are based on the good old Skylake microarchitecture and are manufactured using the well-known 14-nm process technology. The most important and heavily advertised feature in the 10th gen H-series is the single-core boost frequency. 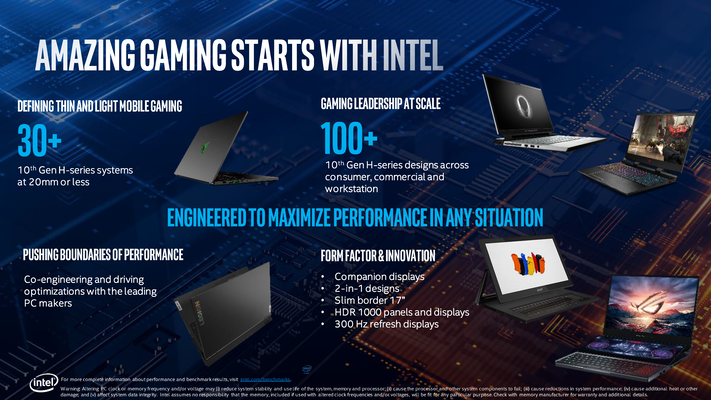 The technical specification of the new Comet Lake-H processors are as follows: 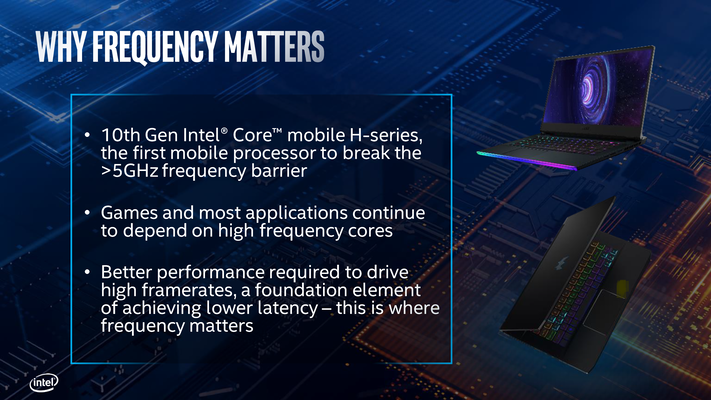 In total, the Comet Lake-H line contains six models with the number of cores from 4 to 8 units. The flagship of the series is the eight-core Core i9-10980HK with support for Hyper-Threading, which is recently identical in number of cores / threads to AMD Ryzen 9 4900H(and standing one step below the Ryzen 7 4800H).

The new Core i9-10980HK stands out with a maximum frequency of 5.3 GHz, which, of course, impresses against the background of 5.0 GHz for the old flagship Core i9-9980HK. But here it is worth remembering that this is the frequency of one core, and also in the Thermal Velocity Boost mode. That is, the chip can reach 5.3 GHz only with sufficiently effective CO. In other words, it is far from a fact that in a particular laptop the Core i9-10980HK will be able to reach this frequency in general. At the same time, the 10980HK is the only model with an unlocked multiplier. 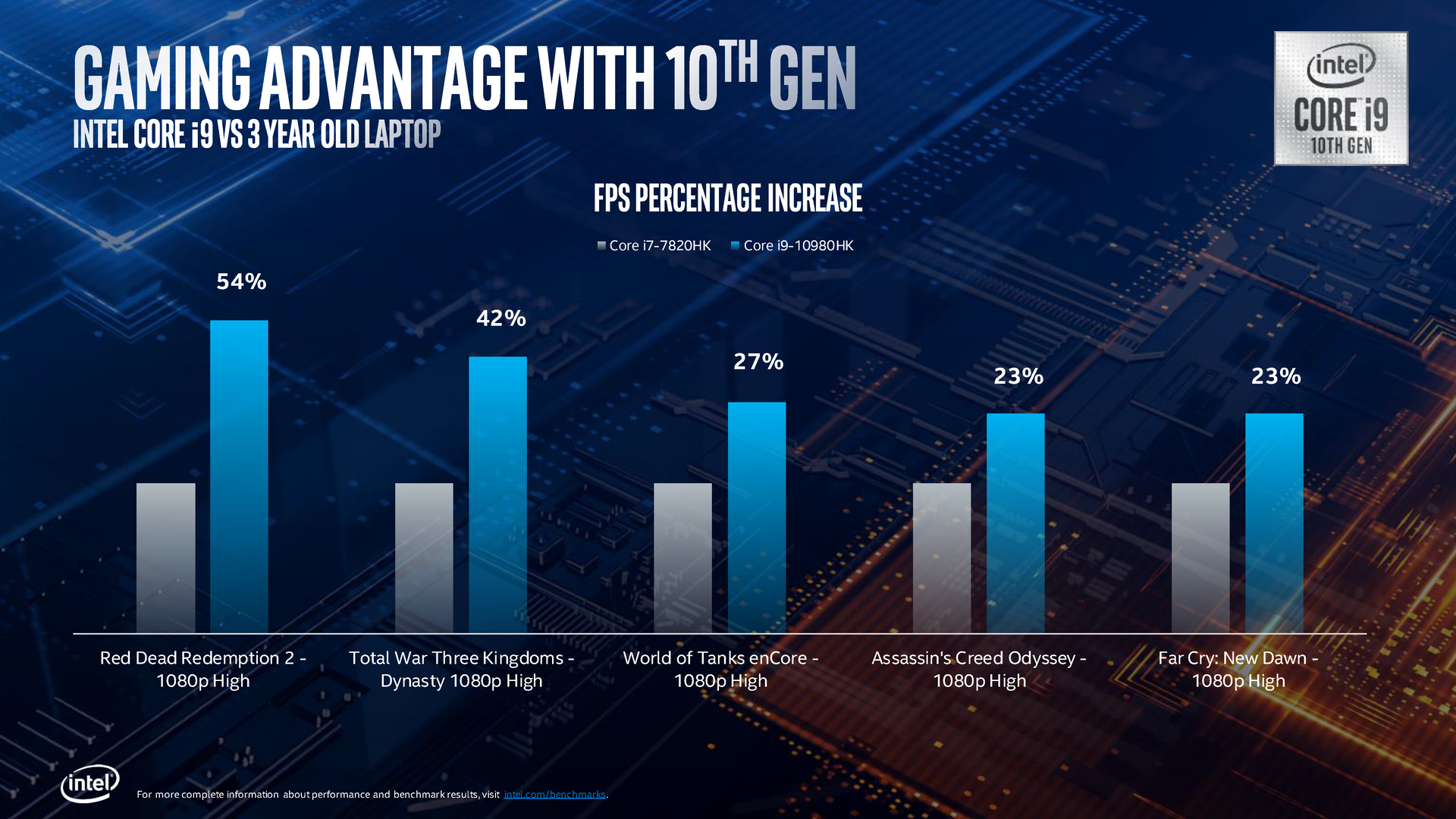 The press release said that this year not only gaming mobile PCs, but also thin and light laptops with a thickness of less than 20 mm will enter the market with new CPUs. The first very few laptops with these processors is readily available for purchase.