Recently, MediaTek introduced the Helio G80 and Helio G70 processors , and today the manufacturer showed another chipset – the P-series.

The new SoC called Helio P95 is an improved version of Helio P90 . This is a single-cluster octa-core chipset with two Cortex-A75 cores with a frequency of 2.2 GHz and six Cortex-A55 cores with 2.0 GHz. For graphics, updated HyperEngine technology and the Imagination PowerVR GM 94446 video accelerator is equipped which is 10% more powerful than its predecessor. The chip also has an L3 cache. 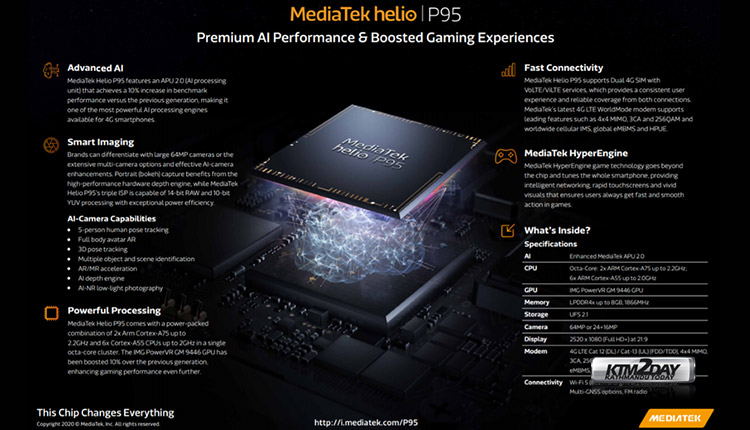 Unfortunately, there is no information when smartphones with the new SoC will appear on the market.