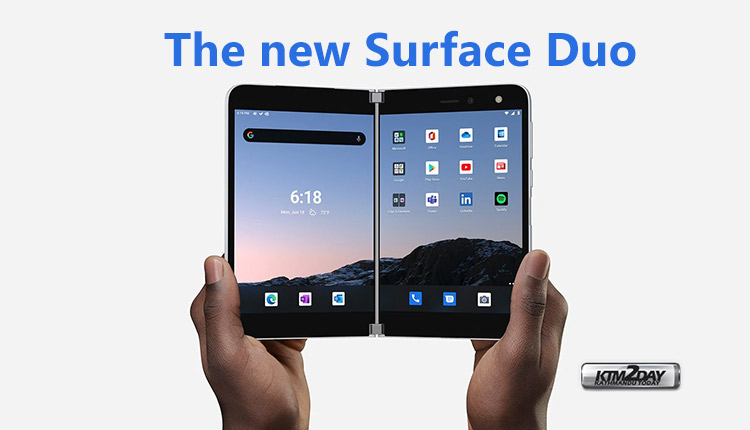 Microsoft’s dual-screen Surface Duo officially launched on Wednesday, and the device looks to be a multitasking machine with a $1,399 price tag.

The American tech company has been reluctant to call the Android-powered gadget a smartphone. Although that’s essentially what it is: a pocket-sized device that can be used to call and text people.

The smartphone enables you to run different apps on each of the two screens. You can also run the same app across both screens at the same time. In demonstration videos and photos, the device looks like two mini Microsoft tablets that are joined together with a 360-degree hinge. 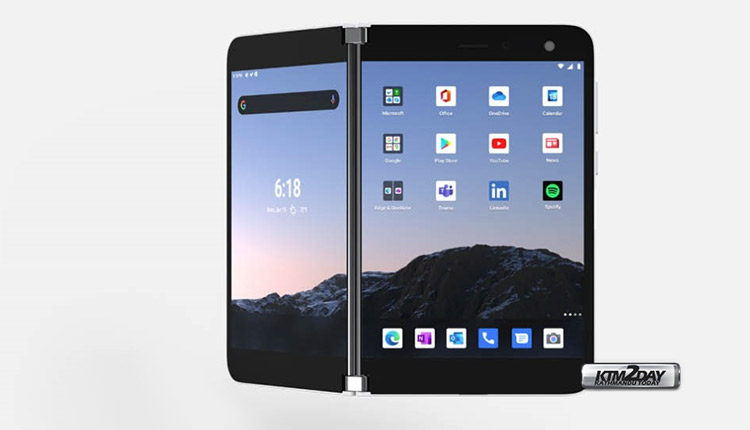 “We didn’t set out to combine two existing devices – the tablet and the laptop,” said Panos Panay, chief product officer at Microsoft in a statement. “We had a vision for how we could take the best elements of each to create something entirely new.”

Microsoft calls the new device is the company’s thinnest Surface yet at 4.8 millimeters thick when unfolded.

The phone unfolds like a book. There’s a visible bar in the middle of the device where the hinge is located. And there’s a thick black bezel along the edge of both screens and a single 11-megapixel camera for video chats and selfies.

However, the pair of glass touchscreens are the main attraction.

The Surface Duo seems to be Microsoft’s answer to Samsung’s Galaxy Fold with a bendable screen, only the Duo is larger with two hinged monitors instead of a sheet of flexible glass.

The Galaxy Fold has a 7.3-inch primary display and is 4.6 inches wide when unfolded. The Surface Duo sports two 5.6-inch screens, which fold out to an overall 8.1-inch display. 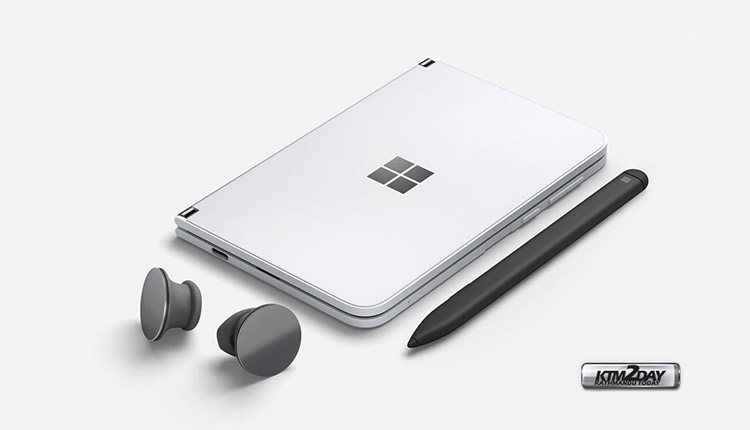 The latest product was created with “productivity and creativity” in mind, according to Microsoft.

Buyers have access to the Android operating system thanks to a partnership with Google. The smartphone is available to purchase on Microsoft.com, Bestbuy.com and through AT&T.

First announced in 2019, the Surface Duo smartphone arrives on the heels of other two-in-one handheld devices with higher price tags.