On Wednesday, Motorola finally announced its new folding phone, Razr 5G. It comes with a design reminiscent of its predecessor, Razr 2019,but now has an updated and more powerful hardware than the previous one.

On the other hand, the price remains expensive – as expected – although lower than the model launched last year. Check out the main features of the new Motorola Razr 5G below:

The brand’s new foldable now comes in glass construction body and a more capable processor that gives it compatibility with 5G networks. However, its price of $1399 will remain one of its least positive points. 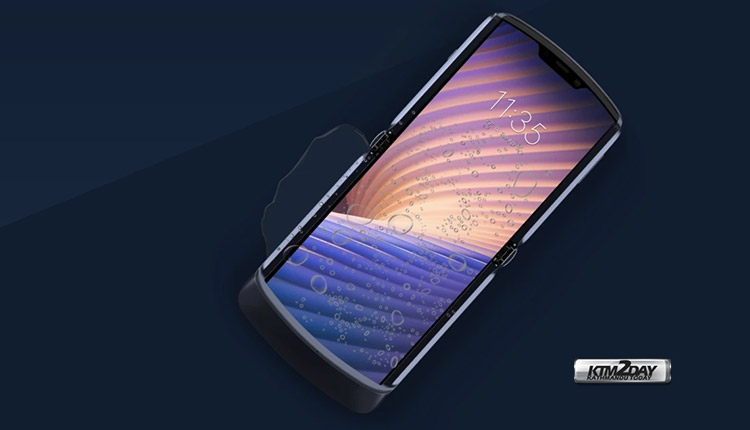 The inclusion of the Snapdragon 765G processor is a solid choice on Motorola’s part and offers its new foldable a very good performance. This represents an important improvement over last year’s model, but the chipset is somewhat old now.

The Motorola Razr 5G’s cameras have also been improved and should now offer much more interesting results than those of the original model. But all this will do nothing without good autonomy and, according to Motorola, the 2800mAh cell will be enough for a day of use without worries. 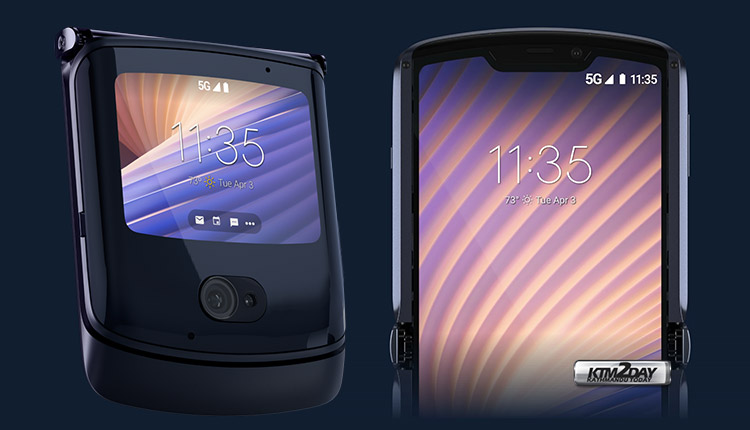 One of the great news of the Motorola Razr 5G is on its exterior screen. Although it again features the same old  2.7 inch display, it now allows you to run any application on it, being much more than a place just to see your notifications.

Also to mention that the fingerprint sensor of the Motorola Razr 5G is now in the rear. More specifically housed in the brand’s logo and that allowed to reduce the lower margin of the smartphone. 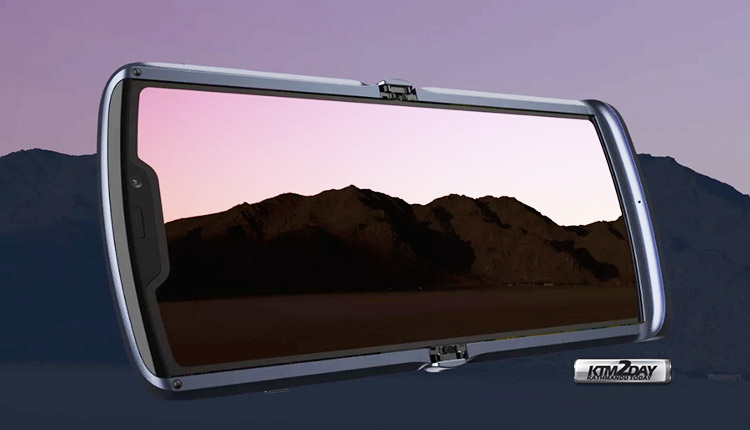 Talking about the display, the interior screen is also of same 6.2 inches as seen on it’s predecessor. The OLED display has a resolution of 2142X876 pixels and has a aspect ratio of 21:9 Cinemavision. 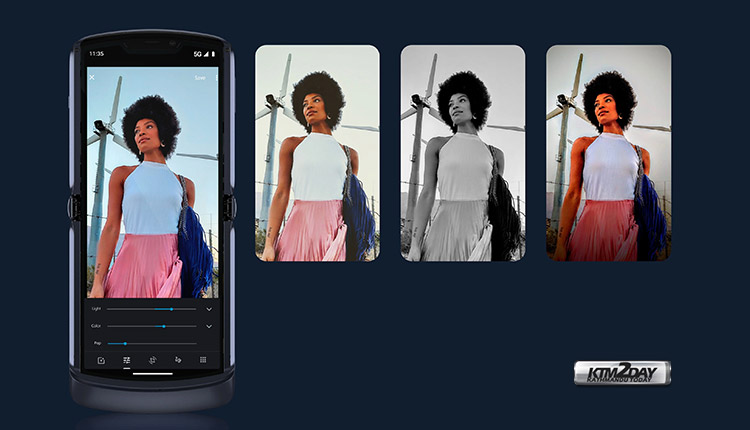 The external display of 2.7 inches (800X600 pixels) can now let users reply to messages, browse Google Maps, take selfies, and access other features without having to open the phone.

According to tests conducted by Motorola, the smartphone can be opened and closed up to 200,000 times without breaking. 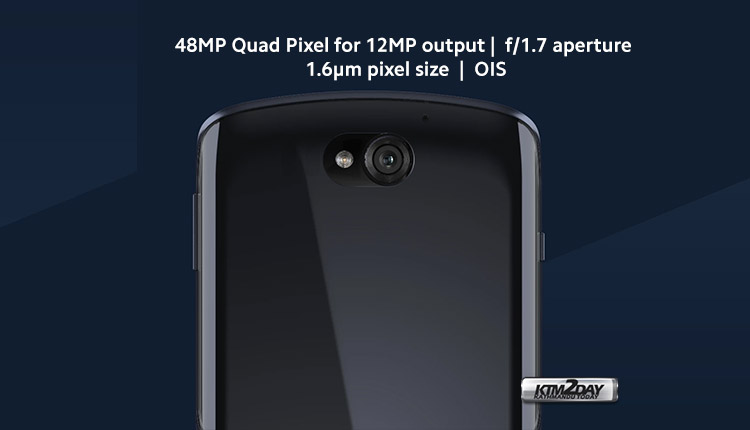 The camera set has also received improvements, as is the case of the main camera, which rose from 16 megapixels to 48 MP (f/1.7) compared to its predecessor. The front camera went from 5 MP to 20 megapixels (f/2.2) to take selfies and make voice and video calls with the phone open. 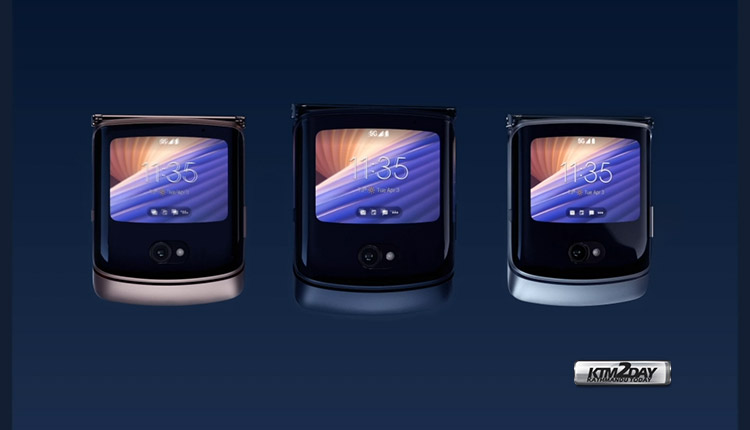 The device is powered by a Qualcomm Snapdragon 765G processor, now supports 5th generation networks(5G), comes with 8 GB of RAM and 256GB of internal storage. The storage can’t be expanded further, as it doesn’t have that feature. 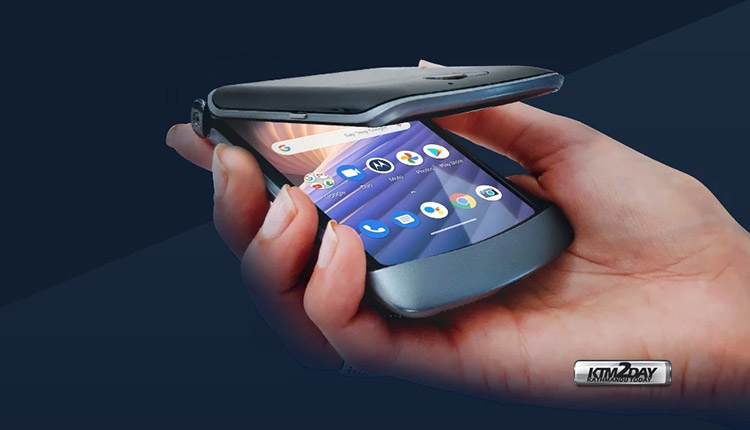 For the battery, the device has a capacity of 2,800 mAh and supports for 15-watt (TurboPower) quick recharging. 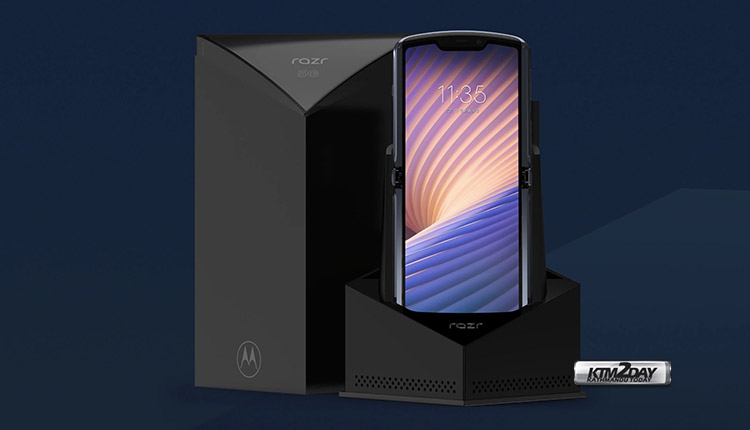 The smartphone will hit Stores in the United States for $1,399, equivalent to about Rs 1,64,700 in direct conversion. There is no date and release price forecast for the Motorola Razr 5G in Nepali market.