Bandai Namco has collaborated with OnePlus to create the OnePlus Nord 2 5G x Pac-Man Edition smartphone, which has been released in India. Indian customers can purchase a OnePlus Nord 2 5G with 12GB of RAM and 256GB of storage.

We finally know the back panel color and design of OnePlus Nord 2 5G’s special edition after a lot of speculation, and it’s glow in the dark. It has a light gray color with a Pac-Man and dots from the popular DOS-based game right below the camera module. This has been transformed into a green maze with the OnePlus logo and the word “NORD” scribbled on it.

OnePlus has also included Pac-Man-inspired software tweaks in the OxygenOS UI, in addition to the back panel. Games, challenges and exclusive Pac-Man content are all included in the smartphone. There’s an additional giveaway for three lucky buyers of the Pac-Man Edition of the OnePlus Nord 2 5G, where they’ll get two pairs of free OnePlus Buds Z TWS wireless earphones. 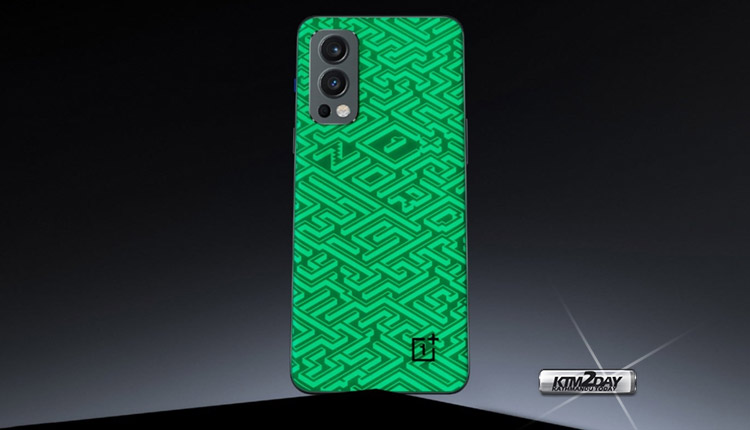 The OnePlus Nord 2 5G x Pac-Man Edition is identical to its vanilla twin in terms of specifications. 6.43-inch Fluid AMOLED display with 90Hz refresh rate is included in the phone. You get 12GB of RAM and 256GB of storage with the MediaTek Dimensity 1200-AI processor. The phone has a 4,500mAh battery that can be charged at 65W, making it capable of fast charging.

When it comes to the Nord 2 5G’s rear camera setup, there’s an 8-megapixel ultra-wide lens, an 8-megapixel mono lens, as well as a 50MP Sony IMX766 sensor. A 32-megapixel front-facing camera is included in the phone for taking selfies and video calls.