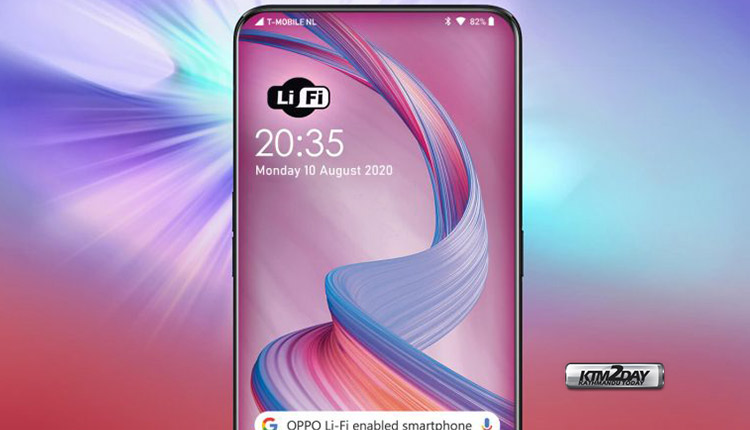 Through LetsGo Digital , we had access to a patent for an Oppo smartphone, with new technology. This is Li-Fi, the next possible alternative to Wi-Fi, which offers faster connections.

The design of the smartphone is nothing new as we have a screen without bezels. The front camera is located in a pop-up module, just like the Oppo Reno. This is a choice of camera location that Oppo has chosen in most of its smartphones. For the rest, we have two rear cameras and a curved screen, which transcends to the phone frame.

The pop-up camera system also has a peculiar rectangle. This will be the Li-Fi receiver, an important component for this internet technology to work. 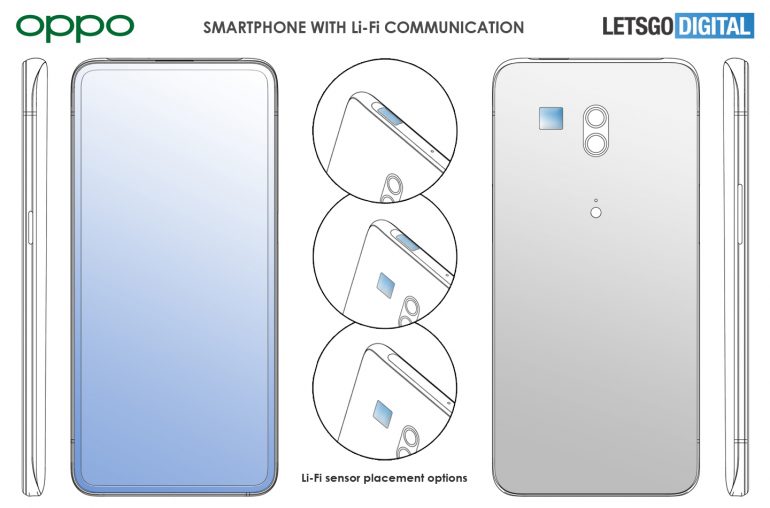 After all, what is Li-Fi?

Li-Fi, as its name implies, uses light to transmit information. Demonstrated in 2011 by the German physicist Harald Haas, Li-Fi uses LEDs that are turned on and off at a speed that is imperceptible to the human eye. This mechanics makes it possible to convert the LED signals into binary code.

Li-Fi has several advantages over Wi-Fi, where energy consumption is one of the crucial factor apart from faster speed ranging from a minimum 250 Mbps upto 8-10 Gbps . Li-Fi waves can also travel up to 100 times faster than Wi-Fi waves. In fact, both systems can coexist, as light waves do not interfere with radio waves.

Although we are still a few years away from seeing Li-Fi applied massively and commercially, it is certainly the future of wireless connections. With the advent of 5G, internet connections are also in need of a revolution.