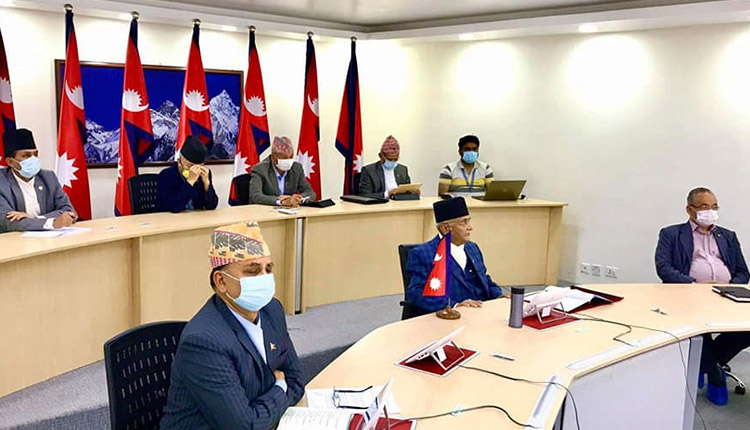 In the video conference held today by Prime Minister KP Sharma Oli with chief ministers of the seven provinces, issues related to prevention of Covid-19 and effective implementation of lockdown were discussed.

PM Oli’s Press Advisor, Surya Thapa, quoted the prime minister as saying that the ongoing lockdown will not end quite so soon. He also informed that border security will be tightened further and requested to be aware of the circumstances that we are facing.

PM Oli, in that regard, said that it was insignificant to open the borders now as infections are increasing in India. He added that there is no better mechanism right now than what the government has adopted, hence requested the ministers to regulate the functions properly, in the time of crisis. 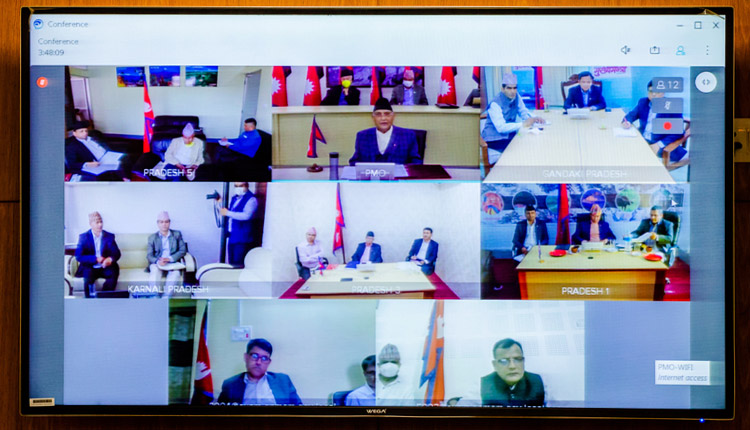 Furthermore, he has directed security personnel to remain vigilant in not allowing people to form crowds and requested people not to follow distracting views and irrelevant feeds.

In the process of containing the virus, the country will have accomplished outstanding progress in the fields of health, treatment, laboratory, equipment and health supplies, as well as skilled human resource management, he believed.

The four-hour-long conference was a needed discussion to share each province’s report on controlling the virus, necessary treatments, and efforts made.