The Realme 6i which debuted in March was the first phone equipped with the Helio G80 chipset from MediaTek . The information that comes to us today reveals that the next Redmi smartphone will be the first smartphone in the world with the new Helio G85 SoC. This Redmi phone is likely to be presented globally as Redmi 10X instead of Redmi Note 9, as previously thought.

At the moment we do not have details about the Helio G85’s specifications, but as its name suggests it will be  an improved version of the Helio G80, which debuted as a chipset for low-cost gaming smartphones.

Further leaks confirm that the Redmi M2003J15SC smartphone recently approved by TENAA will be launched as Redmi 10X. The phone has a screen 6.53 inch offering HD+ resolution. This Redmi M2003J15SC has a 13 megapixel front camera. The square-shaped rear camera configuration has a 48-megapixel main lens and has a fingerprint reader just below. 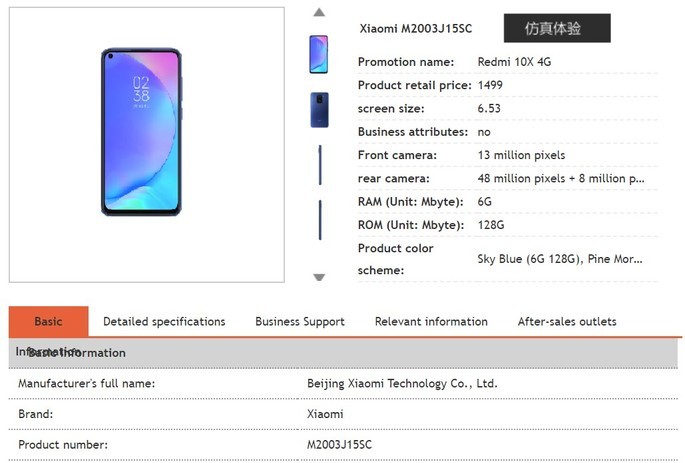 With the full phone specifications leaked from TENAA, it is likely that Redmi will be able to confirm the launch date of the Redmi 10X in the near future.

The Redmi 10X 4G’s availability is not mentioned on the China Telecom listing. However, it states that the phone will be priced at 1,499 Yuan (~$210). It will come in three color choices such as Sky Blue, Pine Morning Green and Ice Fog White.