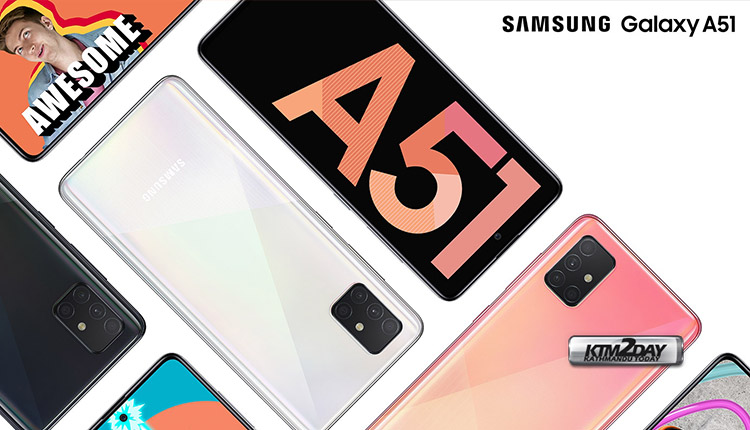 One of Samsung’s most successful smartphones in 2019 was the Galaxy A50. Its feature was a good balance of price, specification and design.

Soon later Samsung introduced the Galaxy A50s with an improved camera and updated back panel with texture finish. Now it’s 2020 and Samsung has decided to refresh this model with the launch of Galaxy A51.

The Samsung Galaxy A50 smartphone was one of the best-selling in the world in 2019, and in the European market this model was the most popular for a long time. And now the successor to this bestseller, the Galaxy A51, is entering the market. There is no doubt in it’s success, because Samsung has taken all the best from the previous model and made it even more modern and relevant in its all new Galaxy A51 smartphone.

If we compare the Galaxy A51 with its predecessor, it now features a better processor, quad cameras instead of triple, better screen and gradient back finish. 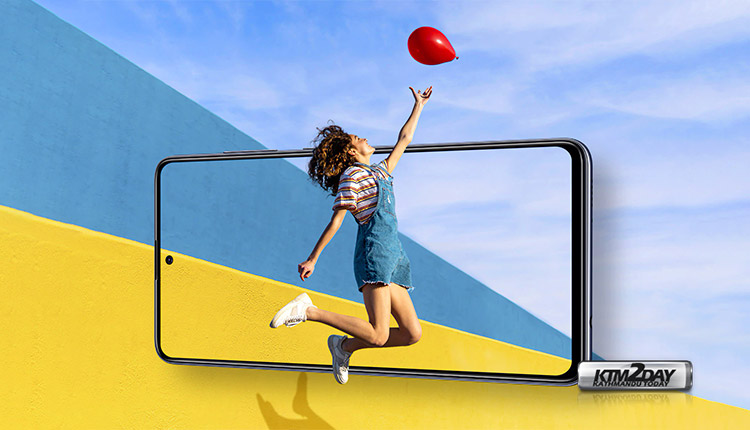 The Samsung Galaxy A51 features a 6.5-inch full-HD+ (1080×2400 pixels) Super AMOLED Infinity-O Display. The A51 uses a Super AMOLED display with an integrated fingerprint reader and Always-On mode with standby notifications.

The Galaxy A51 sports a 10-nanometer Exynos 9611 chipset, whose performance is enough for work, and for games, and for any other tasks, and thanks to its long battery life.

The device is available in 4GB and 6 GB RAM and with a internal storage of 64 GB and 128 GB which can be further expanded to 512 GB through the use of micro-SD card. 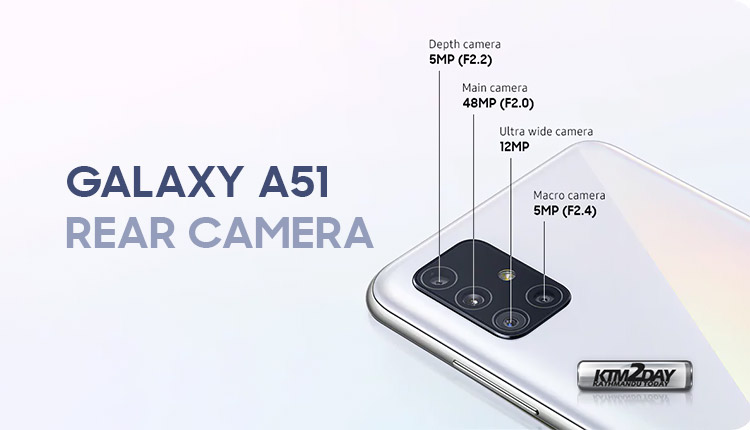 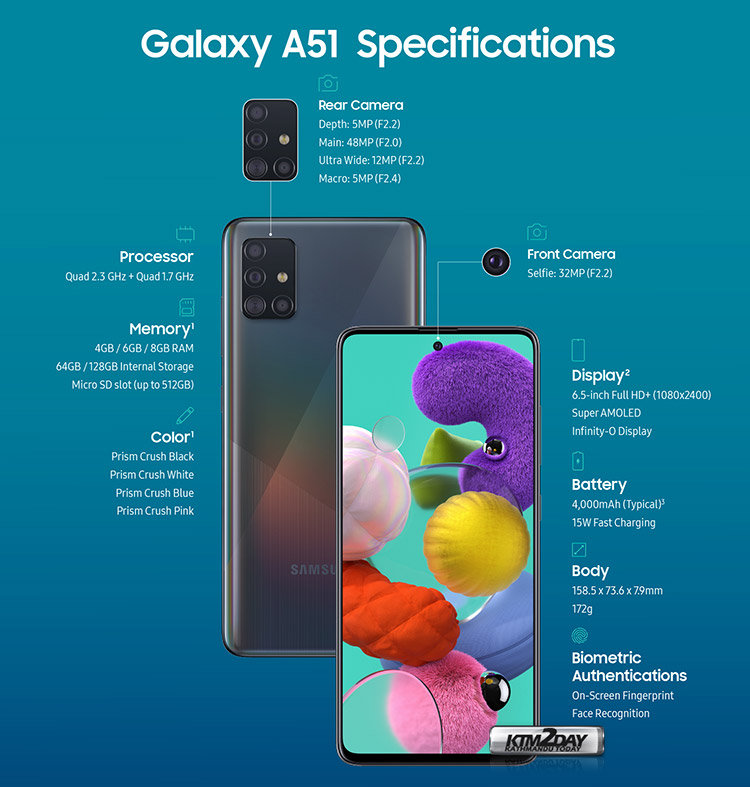 Connectivity options on the phone include 4G LTE, Wi-Fi, Bluetooth, GPS/ A-GPS, and USB Type-C port. The smartphone comes with an in-display fingerprint sensor. Besides, it packs a 4,000mAh battery that supports 15W fast charging. 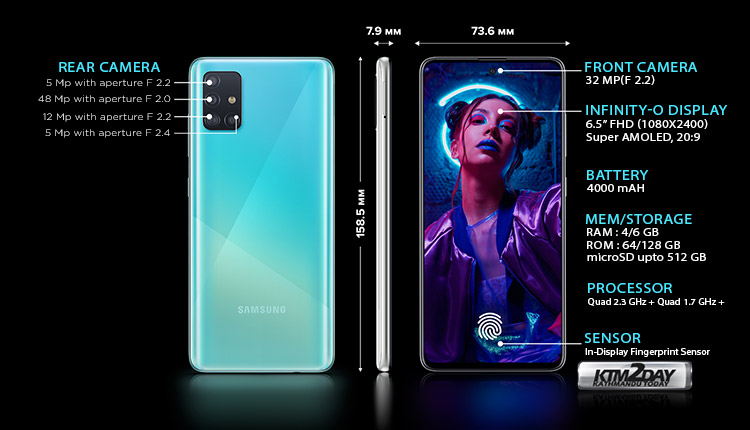 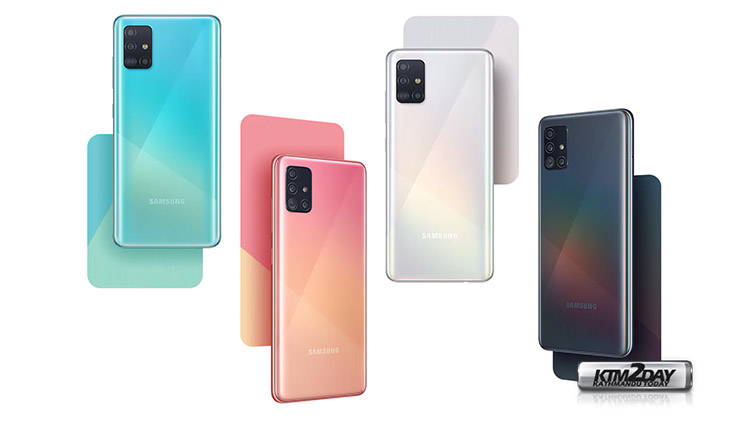 Samsung Galaxy A51 Price in Nepal

The Galaxy A51 has now been launched in Nepali market. The device has been launched in indian market at a price tag of INR 23,999 for the sole 6GB RAM + 128GB onboard storage variant which is almost equivalent to nepali Rs 38,500.

Samsung Nepal had initially launched the Galaxy A51 at Rs 38,399 in Nepali market for 6GB RAM and 128GB internal storage. In June, the company has decided to hike the price by few thousand rupees to Rs 41,299.