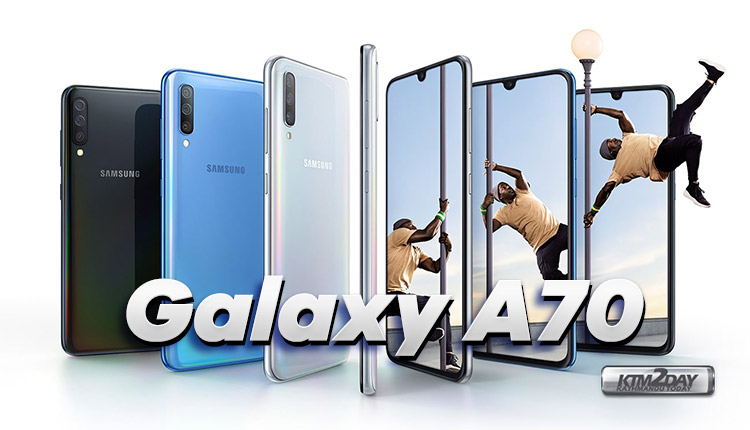 The Samsung Galaxy A-Series which has recently replaced the J-Series has upto 9 models avaible and out of which 2 models has recently been launched in the Nepali market – the Galaxy A30 and Galaxy A50.

Samsung Nepal is now preparing to launch a new Galaxy A series smartphone , the Galaxy A70 which is a mid-range device if we go by its specs, but a premium handset otherwise  looking at its price tag in the Nepali market. 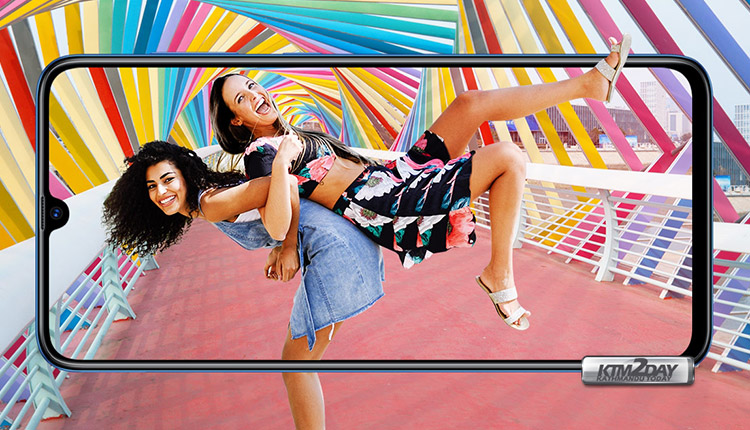 Samsung Nepal hasn’t provided any details on the Galaxy A70 pricing but has hinted of possible launch in this month of April.The phone will be made available in Black, Blue, Coral, and White colour options. 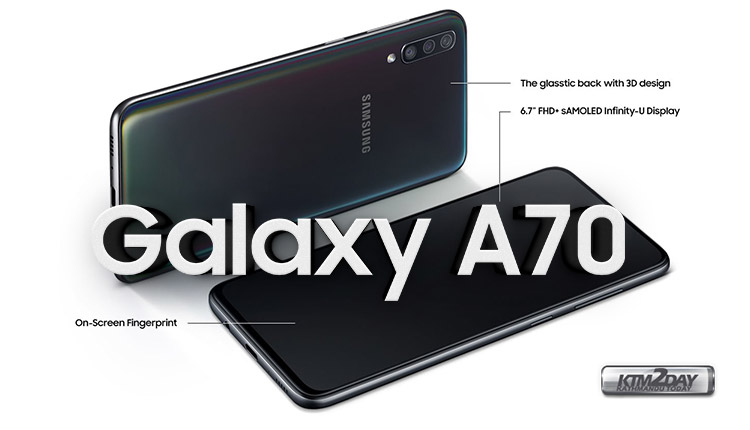 The Samsung Galaxy A70 sports a 3D Glasstic design, a waterdrop-style notch, and slight chin at the bottom of the display. At the back, the phone sports a triple rear camera setup aligned vertically and the flash sitting beneath the sensors. The volume and power buttons sit on the right edge of the phone.

The dual-SIM phone features a 6.7-inch full-HD+ (1080×2400 pixels) Super AMOLED Infinty-U display with 20:9 aspect ratio. The phone is powered by an octa-core processor (Dual 2.0GHz + Hexa 1.7GHz) paired with 6GB and 8GB RAM options. Internal storage is at 128GB with the option to expand further via microSD card (up to 512GB), with a dedicated slot. 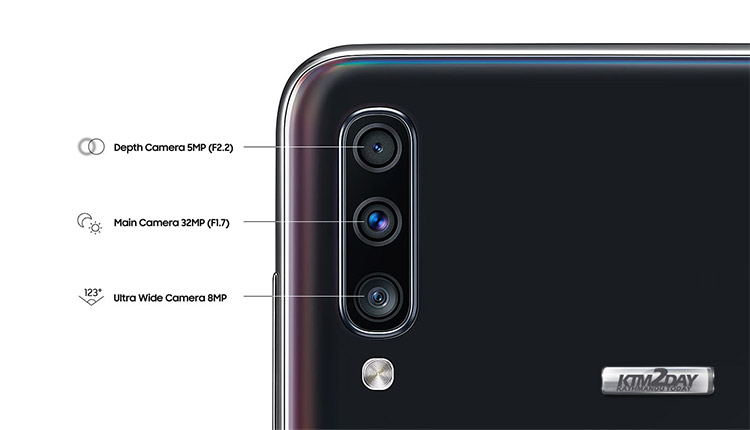 The Galaxy A70 arrives with the promise of impressive battery life by bringing a massive 4,500mAh battery, one of the largest that Samsung has ever placed on a smartphone. For comparison, the Galaxy Fold – which has a 7-inch screen for powering – comes with a 4,380mAh battery. 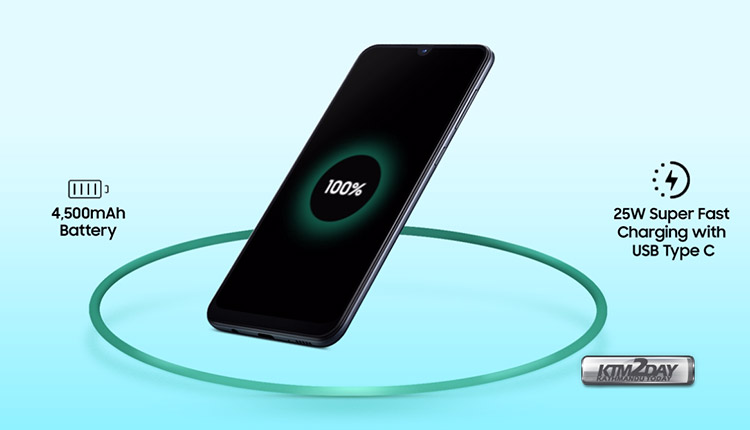 The Galaxy A70 packs a 4,500mAh battery with support for Super-Fast charging at 25W. The phone comes with an in-display fingerprint sensor (though it isn’t clear whether it’s optical or ultrasonic) and facial recognition, measures 164.3×76.7×7.9mm, and includes Samsung Health, Samsung Pay, and Bixby.

The Samsung Galaxy A70 runs on Android Pie-based Samsung One UI. 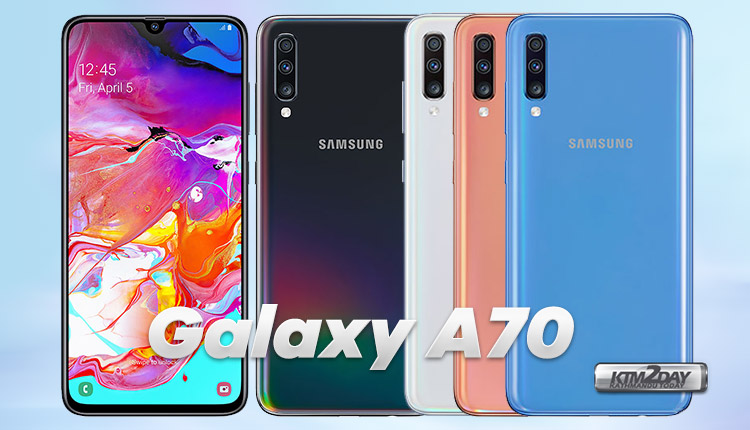 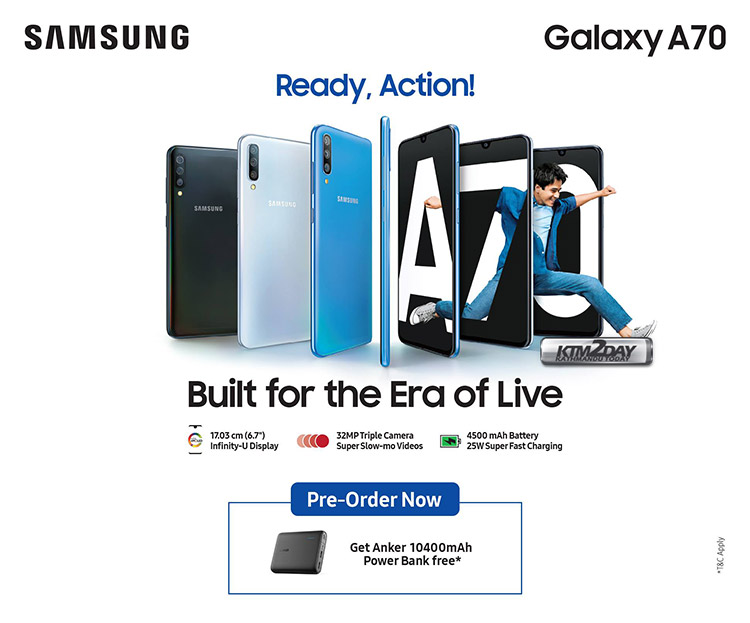 Samsung Galaxy A70 Price in Nepal

Samsung Galaxy A70 price in Nepal has been set at NRs. 40,799 for the lone 6GB RAM + 128GB storage model. The phone comes in Black, Blue, and White colour options.

The smartphone can be pre-ordered at www.A70preorder.com . Customers who pre-book get a free Anker  powerbank of 10,400mAh for free.

How to pre-order your Galaxy A70 device ?