YouTuber Jimmy Is Promo has put photos of supposedly the Samsung Galaxy Note 20 Ultra online. The device looks the same as the renders that previously appeared on a Samsung site. The front camera, like the current models, sits in a center punch hole in the screen.

A month before the official unveiling of the Samsung Galaxy Note 20 smartphones, the first photos of the Ultra version have already surfaced in live pictures.

The appearance of the Galaxy Note 20 is now no longer a secret. Earlier, images based on official designs were leaked, later Samsung accidentally posted images of the Note 20 on its Russian site. 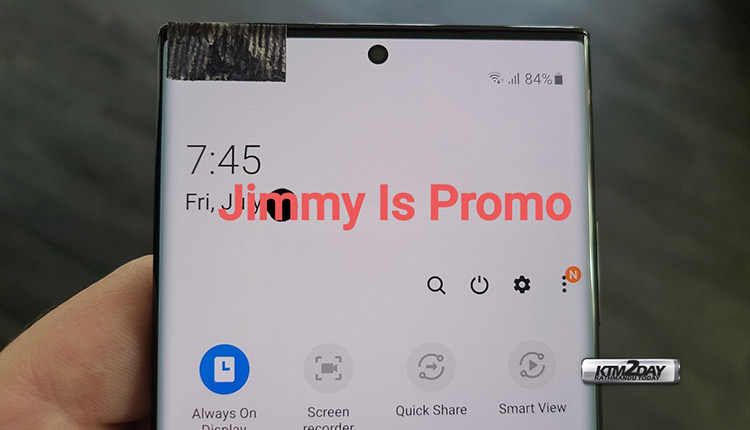 Now YouTuber Jimmy Is Promo has posted new hands-on photos of the Ultra model. The pictures shared by him shows the device with thin screen edges.

The top and bottom of the Note 20 are flat, the sides are rounded. The screen edges are curved on the sides, apparently more than the Galaxy S20 devices.

The new photos also show the front and it shows that Samsung’s new flagship model has a hole in the screen for the camera. The manufacturer has been working on cameras that can be placed behind the screen for some time , but that technique does not seem to be ready for production yet. According to the uploader, the S Pen holder has been moved to the left side of the USB-C port, just like the speaker. 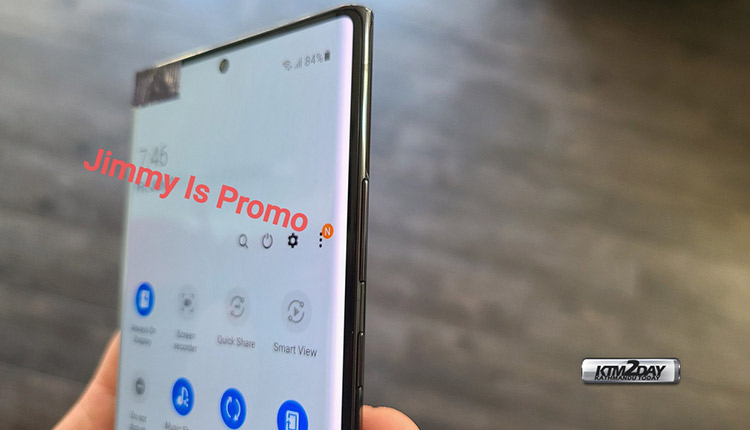 The camera module consists of triple cameras, the bottom of which is a periscopic telephoto lens. On the right is a small sensor, possibly a time-of-flight sensor or a laser for autofocus. The thick bulge of the camera section indicates that Samsung uses relatively large sensors, just like in the Galaxy S20 Ultra.

Samsung usually announces its Note devices in August. According to rumors, this will happen on August 5 this year and the device will be in stores from August 20. It is expected that Samsung will also present a Galaxy Z Flip 5G and Galaxy Fold 2 alongside the Note flagship devices.