Samsung working on a smartphone with a retractable front camera Samsung despite being a largest manufacturer of smartphones in the world, is pretty slow in adapting new design changes. This has been proven again as the company is now opting for a retractable front camera for selfies in one of its upcoming model.

A retractable camera for selfies has been made popular by Oppo and Redmi in its smartphones last year. The camera also know as pop-up camera has also later been accepted by Huawei not only in its smartphone but also on smart tv.

Samsung until now has focused on various forms of notched displays and punch hole to accommodate its selfie camera unit. According to the well-known insider OnLeaks, the company’s engineers are just working on a device that will feature the company’s first retractable camera for selfies. 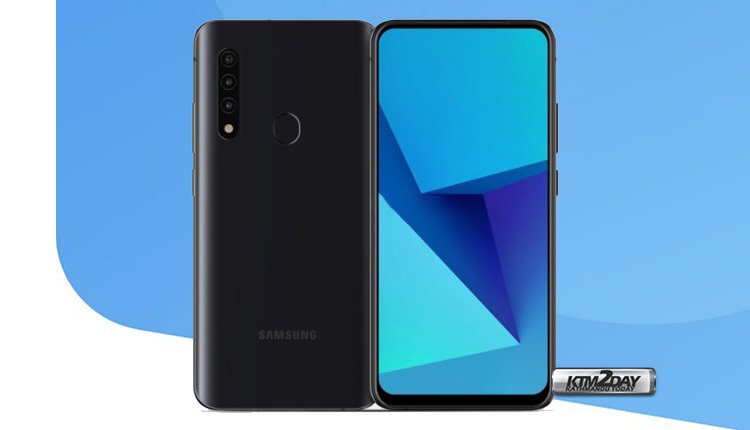 Meanwhile, the Korean giant can take advantage of the technique that has already been tried and tested by other manufacturers since last year.

One of the important benefit of the retractable camera is that the display screen is free from any cutouts or holes and gives a better visual experience to the user.

The information has been shared by tipster, @OnLeaks, who has shared renders with a clean front showing no notches or punch holes. Interestingly, there’s very little in terms of the bezels too, with only the bottom bezel really visible.

Samsung’s  new device appears to use a conventional pop-up camera much like we’ve seen on phones such as the OnePlus 7 Pro, Redmi K20 Pro, Realme X, Honor 9X, OPPO Reno 2Z, and many more. The phone is also said to come with a rear fingerprint scanner and as such give up on an in-display fingerprint scanner that we’ve seen on a number of Samsung phones in the past. Apart from this, the renders also reveal a triple rear camera setup and curved side edges on the back.

As per @OnLeaks the phone could come with a USB Type-C port and an IR Blaster but no 3.5mm headphone jack on the back. The phone’s dimension’s are said to be 183.5 x 77 x 9.2 mm. Everything else about the phone is unknown, including its name.