SpaceX has launched the Inspiration4 mission into space without any professional trained astronauts. It is a particularly special mission as the crew of 4 members are normal civilians without any background on space mission.

The Falcon 9 rocket with the Dragon Crew took off from the Kennedy Space Center in Florida at around 6am Nepali Standard Time carrying the 4 crew members onboard on a three day mission. The Dragon Crew will orbit Earth for three days, making about 50 circles before descending and landing in the water, off the coast of Florida.

In addition to SpaceX being the first private company to take astronauts to the International Space Station and the first to take civilians into space; now one of the civilian onboard this mission also marks two milestones. Arcenaux has been the youngest American to travel to space and the first person with a prosthesis to make a trip of this type. The young woman suffered from cancer and because they had to remove a piece of femur, so the prosthesis. 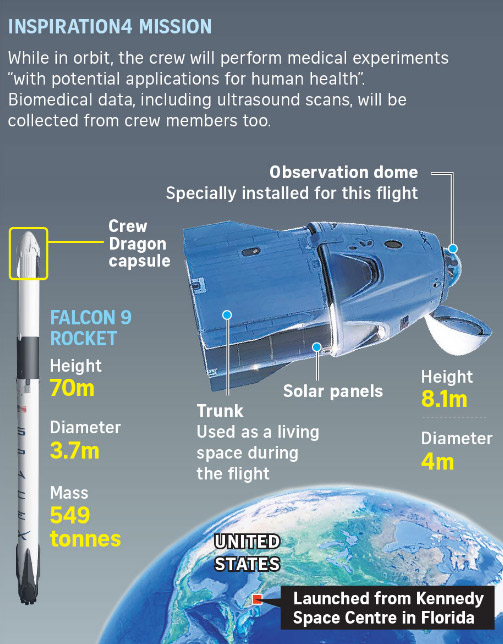 The Dragon Crew has previously been used to send astronauts to the International Space Station. However, this time it has a special dome entirely made of glass that allows spectacular views of the space. According to SpaceX, it’s the largest dome ever mounted on a spacecraft. 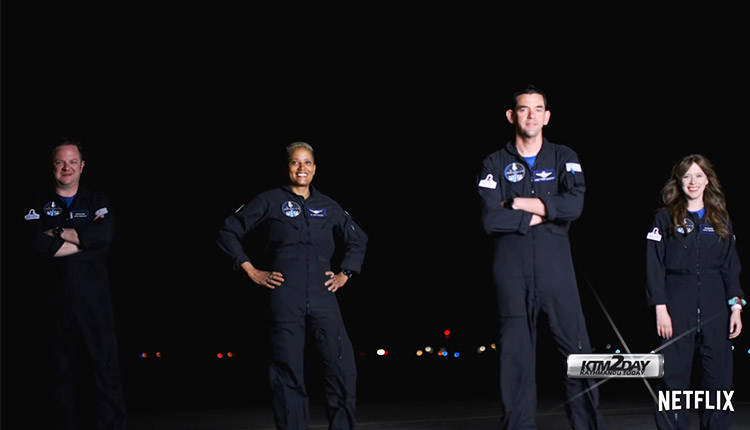 To learn more about the tough training that the four civilians have faced to fly with SapceX, Netflix has released a documentary series of five chapters of 45 minutes each; although at the moment only the first four are available. The latest episode of Countdown: Inspiration4 Mission to Space will premiere on September 30.

This mission is very different from what we’ve seen from Blue Origin and Virgin Galactic in recent months; as astronauts will spend several days in space.

During the period that the crew is in orbit they will carry out a series of scientific experiments and monitoring. The idea is to analyze how the human body behaves at zero gravity. At the same time, the mission will also raise money for charity.

The difference of this mission compared to the space travel of Virgin Galactic and Blue Origin are many. SpaceX has gone big, with a mission of a total of three days in zero gravity and not just a few minutes. Likewise, SpaceX’s Inspiration4 orbits at about 575 kilometers of altitude, compared to the barely 100 kilometers to which the Blue Origin ship and the Virgin Galactic spacecraft ascended. It is higher even than the orbit of the International Space Station.