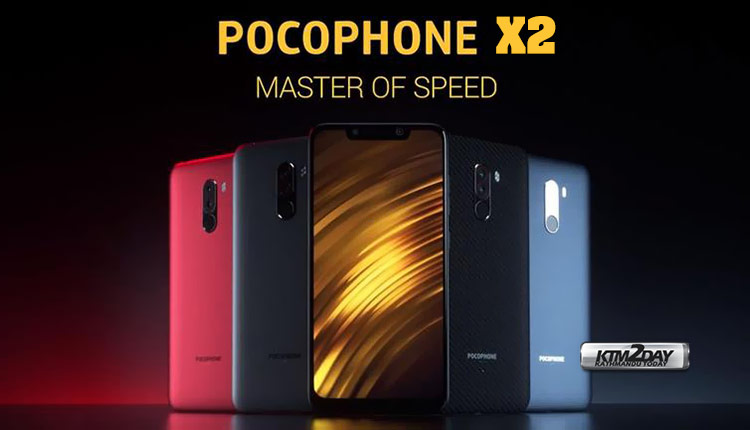 Xiaomi launched the Poco F1 smartphone now almost 2 years ago, the device gained huge success in the Indian market and in several global markets . The device was originally launched as Xiaomi’s sub-brand and now the company has decided to give its own unique identity by let it operate independently outside of Xiaomi brand in the Indian market.

Xiaomi has also let it’s Redmi brand to operate independently in the Chinese market. The company has also hinted on Twitter that Redmi India will also soon operate as an independent brand in the Indian market.

With this independence, POCO gains a more prominent image from users, and may also have very different strategies from the former parent company. Therefore, the development of smartphones, marketing and logistics will undergo change.

Excited to share: #POCO will now be an independent brand!

What started as a sub-brand within Xiaomi, has grown into its own identity. POCO F1 was an incredibly popular phone. We feel the time is right to let POCO operate on its own.

Join me in wishing @IndiaPOCO all the best.

Now in a separate story, there has been several rumors and evidence that account for the successor of the Pocophone F2.

The Pocophone F1 was launched in 2018 and revealed to be almost unbeatable for the price. The smartphone stood as an authentic commercial success, with the launch in about fifty countries.

However it has been more than a year and this smartphone has had no successor. There have been several rumors and clues to account for the development and launch of the second generation of Pocophone.

Not long ago, Xiaomi registered the Poco F2 brand for the launch of it’s future smartphone. And now in the Geekbench database there is information about another Xiaomi Poco device – a model with the name – Poco X2. 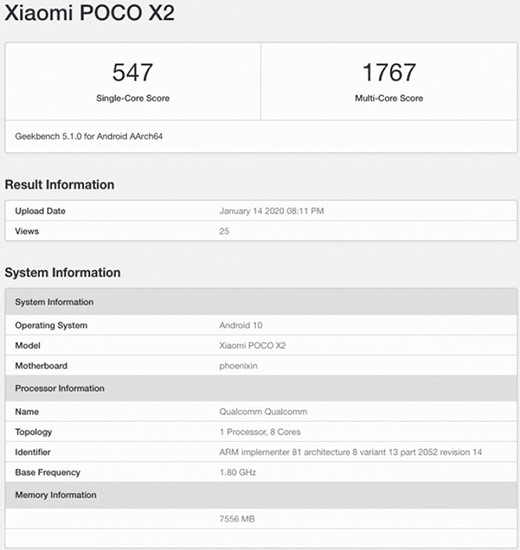 The benchmark doesn’t tell us much about this upcoming device but it seems to be equipped with a Qualcomm processor with eight processing cores at a base clock frequency of 1.8 GHz.

Observers believe that it could be the Snapdragon 730G chip involved, which contains Kryo 470 cores and the Adreno 618 graphics accelerator.

The Xiaomi Poco X2 smartphone carries 8 GB of RAM on board. As a software platform, it runs on the latest  Android 10 operating system.

In the Geekbench test, the device showed a result of 547 points when using a single core and 1767 points in multi-core mode.

It can be further assumed that the device will be equipped with a Full HD+ screen and a main camera with several modules.

The appearance of the Xiaomi Poco X2 at the Geekbench site indicates that the smartphone is almost ready to hit the market. The device will enter the world market under the name Pocophone, as the Poco brand was designated primarily for India. Device announcement can occur in the coming few weeks.