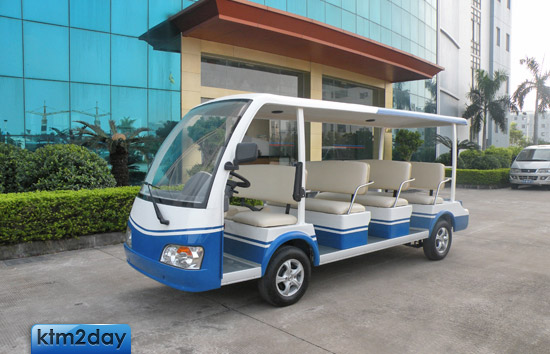 Nevi Trade Link has for the first time introduced vehicles for mass transport. It has launched two electric bus models – Safa I and Safa II. According to Rauniyar, Safa I is a closed body model whereas Safa II is an opened body model. He said these are suitable for public transportation, tourism related enterprises and business houses.

The batteries of these vehicles have to be charged for 8 to 10 hours for a fully charge. The batteries can be charged on a single phase line which is available in normal households. “These batteries have lifetime of 700 cycles,” said Rauniyar.

“Many people are attracted to these vehicles as they have longer life and low maintenance cost in comparison to petrol and diesel run vehicles,” said Rauniyar. “In addition, people can benefit from tax subsidies as the government has completely waived the annual tax on these vehicles.”

The company also has provision for spare parts. According to Rauniyar, the company has ample stock of major spare parts available in its showroom itself. It is establishing a service centre within a month at Gairidhara.