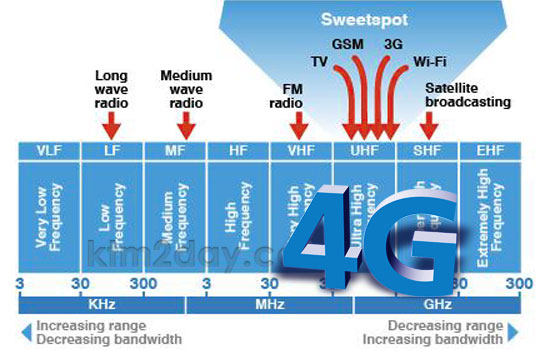 “The dividend is being used and purposed for the 4G mobile,” Khanal said, adding that Ministry of Information and Communication (MoIC) has formed a committee to study the possibility and make suitable recommendation to the government based on the international practice.

The committee formed by MoIC is headed by senior telecommunications engineer Nirmal Pradhananga and is mandated to recommend the government to shift the Television (TV) broadcasting from analogue to digital transmission.

Though the TV transmission from analogue to digital has been in under consideration for long time, this is the first time the ministry has initiated to shift the technology formally, according to the ministry source.

Besides MoIC committee, the NTA is also planning to form a separate committee to carry out detailed study for spectrum allocation, pricing, method and assignment for the 4G mobile, Khanal said. Currently, the regulatory body is doing preliminary work on the issue.

The unprecedented amount of spectrum that will be freed up in the switchover from analogue to digital terrestrial TV is known as the Digital Dividend.

A fair and well-balanced reallocation of the spectrum between the mobile broadband, broadcasting and ICT industries will ensure that society reaps the full social and economic benefits of the Digital Dividend.

The Digital Dividend spectrum is located between 200 MHz and 1GHz. This spectrum band offers an excellent balance between transmission capacity and distance coverage.

Because of its good signal propagation characteristics, less infrastructure is required to provide wider mobile coverage, meaning that communications services can be provided in rural areas at lower cost.

If just 25%, or around 100MHz, of the spectrum currently used by analogue TV (470 – 862 MHz) was re-allocated to mobile communications, the mobile industry could dramatically speed up the rollout of broadband communications and increase coverage.

Enormous benefits would ensue around the world, in terms of both social impact and increased productivity. – GSM World

NTA initiative has come in the wake of application for the license to operate 4G mobile by telecom service providers. Ncell has recently applied for 4G spectrum to test the technology.

Similarly, Nepal Telecom (NT) has also hinted that it could offer the service in the near future.

The fourth generation — a successor to the third generation — network will give super high speeds and could mean the end of computers ever needing to be plugged into a wall for a connection to the net. It is also known as long-term evolution (LTE).

Pre-4G technologies such as mobile WiMAX and first-release 3G LTE have been in the market since 2006 and 2009 respectively, and are often branded as 4G.

The amount of spectrum in the Very High Frequency (VHF) and Ultra High Frequency (UHF) bands and that might be potentially freed up in the switchover from analogue to digital television is defined as the digital dividend.(Source:THT)