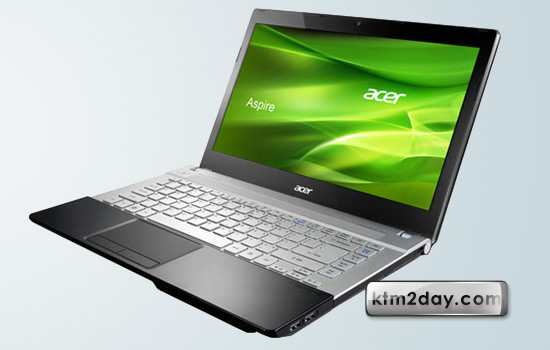 According to Parajuli, these new products from Acer are available at all the Acer outlets across the country. “We have been receiving encouraging response from customers. Demand is equally good in city and semi-urban areas,” he said.
Equipped with Intel Core i5-3210 processor, the Acer Aspire V3-471 Notebook boasts a 14-inch Acer CrystalBrite LED high-definition display which can show visuals in the aspect ratio of 16:9. The laptop has a 2 GB DDR3 memory and a 500 GB hard disk drive. Multi-in-one card reader supporting HDMI port and 3 USB ports, inbuilt 4.0 Bluetooth, inbuilt 1.3 mega pixel web camera and DVD super multi-drive are the other features incorporated in this device. Mercantile Office Systems has priced the laptop at Rs 56,000.

Multi-in-one card reader supporting 3 USB ports and inbuilt 2.0 Bluetooth are its other features.
The laptop has up to five hours of battery backup. As for the screen, the device offers a 14-inch display. The company has priced this device at Rs 63,000.

Another device, the Acer Aspire V5-171-2367 Ultra Thin Notebook, features an 11.6-inch high-definition Acer CineCrystal LED display. The device is fitted with Intel Core i3 – 2367, 1.4 GHz processor. It has a HM77 chipset and a 2 GB DDR III memory. The laptop has inbuilt 2.0 Bluetooth, multi-in-one card reader supporting three USB ports and inbuilt crystal eye HD camera. According to the company, the device offers battery backup of up to five hours and is available at Rs 53,000.
Mercantile Office Systems has stated that all these devices fall under Acer’s consumer series, and thus they will appeal to end users. “They will also cater to professionals as various advanced features have been incorporate in them. However, our major focus will remain the end users,” Parajuli added.