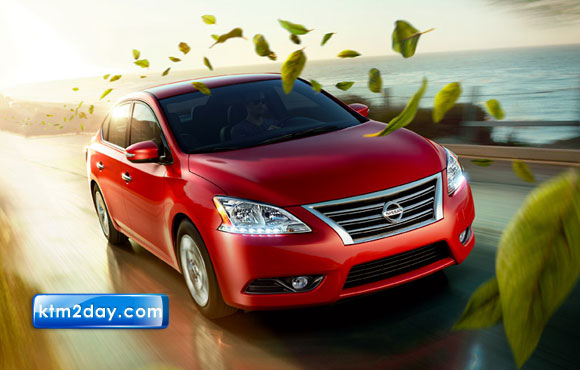 Dugar Brothers and Sons, the authorised distributor of Nissan cars, has launched a new model into the market, the Nissan Sylphy. Featuring upgrades from the previous model, the premium sedan car is equipped with additional safety measures and a more efficient engine, according to the company.

Sambhu Subedi, Dugar senior manager, said the vehicle was categorised in the ‘D’ segment, belonging to the premium segment. “High reliability and safety are the main features of the newly launched car,” he said.

Manufactured in Thailand and using Japanese technology, the car features a 1598 cc petrol engine that comes with 116 kilowatts of power at 5600 rpm and 154 Nm at 4000 rpm of torque. The Sylphy comes complete with 16 inch tyres and 165 mm ground clearance. “The widened tyres and high ground clearance ensures safety and convenience while driving the car,” said Subedi.

According to the company, the car not only features luxury conveniences, but additional safety measures. The Sylphy is fitted with Air Bags, Anti-lock Braking System (ABS), Electronic Brake Force Distribution (EBD), Brake Assist (BA), Reinforcement Doors and Crumpling Zone. The company offers a one year warranty with the new product.

Subedi said the EBD system distributes the brakes equally on all wheels when the driver applies the brake. “Similarly, the BA features a sensor system that helps the brakes to be applied effectively based on the tyres level of traction on the surface.”

Dugar claims that the car, despite being a premium model, has a reasonable maintenance cost.

The introductory price of the Nissan Sylphy has been fixed at Rs 5.95 million. “However, the company can offer attractive discounts depending on the nature of the payment,” Subedi said. According to him, the company also provides after sale servicing from service centres based in Biratnagar, Birgunj, Kathmandu and Nepalgunj.

At present, Dugar has introduced the model in two suave colours, metallic silver and dark grey. According to Subedi, they will soon introduce an additional four colours.

Meanwhile, Dugar plans to launch the hatchback car, the March Premium, in the prelude to Dashain.