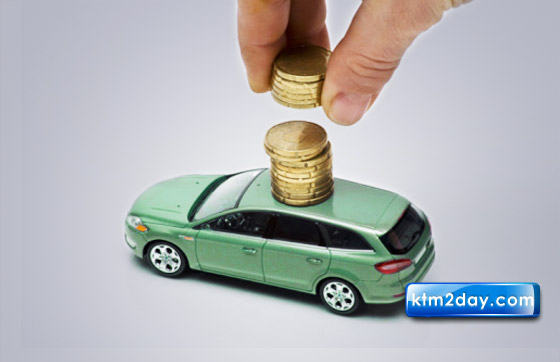 Those prospective car buyers waiting for a New Year offer may be in for a disappointment, with prices of four wheelers in Nepal likely to jump by up to Rs 250,000 in the face of recent jump in car prices in India.

The Indian auto manufacturers have tried to justify the price hike pointing to the high production costs due to rise in price of raw materials. In Nepal too, CG MotoCorp, the authorised seller of Maruti Suzuki four wheelers, has already announced 2-5 percent hike on the prices of Maruti vehicles effective from 2014. “Due to the steep rise in the input cost of all the materials, there is no option but to increase the cost,” the company said in a statement echoing Maruti Suzuki India.

In the statement, the company has assured that it is working on modalities where it can absorb the price hike so as not to pass on the entire hike to the customers.

Dealers of other auto majors like Hyundai, Ford and Tata among others have also suggested price hike on their vehicles starting January.

“We are planning to increase the price of all models, ranging between 5-10 percent,” said Shambhu Prasad Dahal, chief executive officer of Sipradi Trading Pvt Ltd, the sole authorised distributor of Tata vehicles in Nepal. The company, however, will not hike prices on vehicles currently in stock, he said.

Rupesh Sharma Bhatta, assistant general manager sales and marketing at Laxmi Intercontinental, the sole authorised distributor of Hyundai in Nepal, said: “Although we haven’t got anything officially yet from the Korean manufacturer, the price is likely to go up here.

“However, the company is most likely raise the price here as it has already unveiled its plans for India. We will decide by December-end,” he explained. Hyundai India has already announced the increase in price of vehicles, ranging from IRs 5,000 to IRs 20,000 across all models.

Despite the impending price hike on automobiles, local auto dealers are hopeful that it would not have too much of an impact on their sales. “Since all the companies are hiking the price, it will only affect the growth rate,” said Golchha, president of Nepal Automobile Dealers’ Association.

According to him, manufacturers were bound to hike price in India, as they import raw materials from third countries using dollars which had gained strength compared to the Indian rupee. “The price hike was inevitable in India and it will have a knock-on effect in Nepal.”

The price hike is likely to see a rush amongst buyers waiting for New Year schemes. Normally, automobile dealers come up with lucrative schemes, including cash discounts during New Year. But discounts post December might not appeal the prospective buyers due to the hike. “We are expecting increase in customers flow at our showrooms soon,” said Chhetri. Even though the price of four-wheelers is set to go up, prices of two-wheelers are likely to remain the same. “Prices of two-wheelers have already increased four-five times, this fiscal year. And they are unlikely to go up in January,” said Golchha.