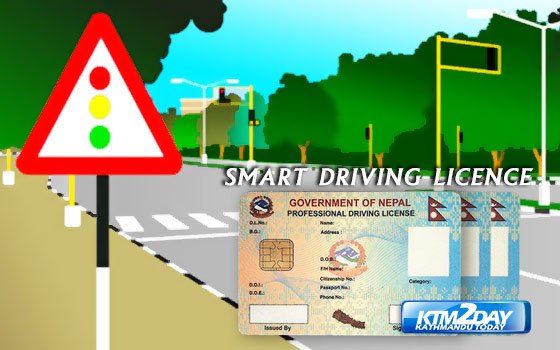 The Department of Transport Management on Monday introduced a credit card-sized smart driving licence by scrapping the paper element of the older version of driving license in order to streamline the management and services in the transport sector.

The Department took the decision to digitise the motorists’ records by replacing the older driving licences by new licences.

The initiative was taken with the support of Asian Development Bank and in coordination with the Information and Communications Technology Development Project. It is operated directly under the aegis of Office of the Prime Minister and Council of Ministers.

Deputy Prime Minister and Minister for Physical Infrastructure and Transport, Bijaya Kumar Gachhadar, launched the new digitised licence card amid a programme here in the Capital and said that the new system would help curtail irregularities and holdups witnessed in the transport sector.

“The driving licence must be managed through high-end information technology and I am confident that the discipline in the sector can be upgraded through the medium of smart driving licence,” said DPM Gachhadar adding, “As many as 4 million smart cards must be distributed within the next five years.”

Secretary at the Office of Prime Minister and Council of Ministers Shreedhar Sapkota spoke of the high number of complaints filed at the Commission for Investigation of Abuse of Authority (CIAA) over alleged irregularities and corruption in transport sector and stated that the new system would lessen it.

Transport Department’s Director Arjun Kumar Thapa said the quality of the card would parallel the cards used in the developed countries.

According to the Department, the smart driving license card would be distributed from the Bagmati Zonal Transport Management Office from December 6.