International air passenger traffic in Nepal to grow at 6.4% 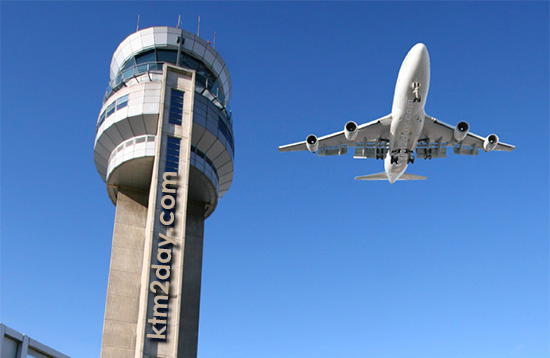 International passenger traffic in Nepal is expected to grow at the rate of 6.4 percent yearly over 20 years (2014-34) due to increased travel demand in the Middle East, Europe, Australia, Japan and the US markets, according to the Nepal Air Traffic Analysis report released by Airbus.

In 2014, round-trip passenger traffic in Nepal amounted to 3.51 million, up 12 percent, as per figures issued by Tribhuvan International Airport (TIA). This marks the 11th consecutive year of growth since 2003.
The Nepal Air Traffic Analysis report, which was prepared in November, shows that 50 passenger aircraft will be required to serve the Nepal market by 2024. North America, Japan, Australia and the UK are the emerging markets for Nepal for the next 20 years.

As there are no direct flights from Nepal to North America, the preferred way to travel between the two destinations is via the Middle East. The one-way passenger traffic to North America was 83,228 in 2014, the report showed. The passenger traffic between Nepal and Europe is expected to grow 3.7 percent yearly over the next 20 years.
Similarly, the report forecast a traffic growth of 77 percent in five years in Japan, from nearly 48,000 one-way travellers. Narita International Airport and Kansai International Airport account for 68 percent of the traffic from Japan to Nepal.

Meanwhile, Tourism Ministry officials said that BB Airways, which is owned by a non-resident Nepali, had applied to resume services between Nepal and Japan, and that it would be operating direct flights in the near future. The carrier plans to procure two brand new aircraft from Airbus, and it has applied to the ministry to replace its Boeing fleet.

Likewise, the Airbus report has shown Australia as being another emerging market. There were 41,000 one-way travellers between Australia and Nepal in 2014. The preferred route between Nepal and Australia is through Malaysia.

“Due to growing travel demand between the two countries, we have planned to sign a bilateral air service agreement with Australia in the near future,” said Pramod Nepal, under-secretary of the ministry.

Likewise, the report shows that the total number of one-way passengers from Nepal to the Middle East was 540,000 last year. The passenger traffic between Nepal and the Middle East has been forecast to grow at the rate of 6.3 percent yearly over the next 20 years.

The report said that international passenger traffic had tripled over the last 10 years. “International traffic has growth, but Nepal Airlines has not captured it,” the report said.
Of the total traffic from Nepal, Nepal Airlines has a share of 12 percent, while low-cost carriers—Indigo, Air Arabia, Fly Dubai and Air Asia—hold 29 percent of the market. Foreign full-service carriers have a 59 percent market share of the total passenger traffic from Nepal to other destinations.

In terms of transit points, Delhi and Qatar account for 18 percent and 14 percent respectively of the connecting passengers from Nepal.