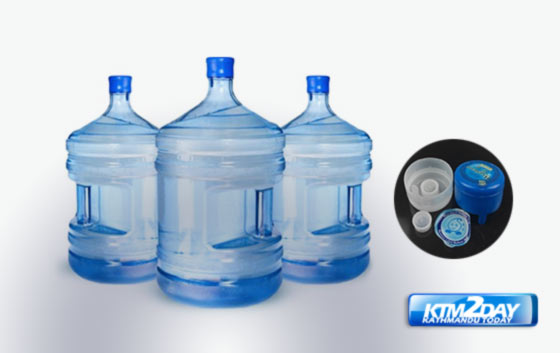 Packaged drinking water manufactures will now have to mandatorily seal the bottle caps with plastic wraps imprinted with their license numbers.

The provision will be implemented from Monday, according to the Department of Food Technology and Quality Control (DFTQC). The department said it will forward an instruction to all the manufacturers of bottled water asking them to strictly abide by the provision. “We are sending the instruction on Monday,” said DFTQC Director General Sanjeev Karna.

The department’s move follows growing complaints about the distribution of adulterated and impure water. In the absence of such a mandatory provision, the manufacturers have only been using normal caps, not sealed caps, on water bottlers, the department said, adding even retailers have been found refilling the jars themselves with impure water and putting the public health at risk.

There are more than 200 licence bottled water manufacturers in the Kathmandu Valley. “Almost all of them sell sealed jars for first time, but they do not use sealed caps in successive refilling,” said Karna.

According to the department, of the 51 cases it filed cases against wrongdoers in the market in the first five months of the fiscal year, seven were related to bottled water.

The manufacturers of bottled water have welcomed the government’s move. Kishore Manandhar, president of Nepal Bottled Water Industries Association, said the provision would help control malpractices seen in the sector.

According to the association, the demand for bottled water stands at 3 million litres daily in the Valley.

The Department of Food Technology and Quality Control has said it has prepared a draft Food Packaging Regulation, under which firms have make the labelling on the packages a bit bigger and easily readable. According to the department, due to small-size and difficult-to-read labelling on many packaged food item, consumers were being cheated. Karna said the regulation would also bar food manufacturers from using substandard materials for packaging.