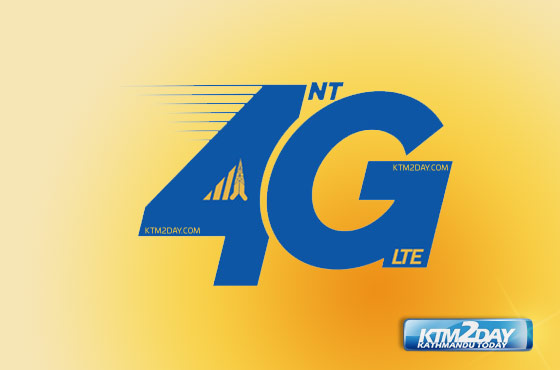 Nepal Telecom (NT) has rolled out its fourth generation (4G) mobile service for the first time in the country from Sunday. Minister for Information and Communications Surendra Kumar Karki formally inaugurated the service at a special function in the Capital City.

According to NT, 4G service is available at most parts of Kathmandu and Pokhara and initially only for the post-paid users. Post-paid users can activate the service by dialing *444#. Pre-paid customers have to wait till February 4 to use the service.

During soft launch, only small category of subscribers are catered. All GSM postpaid and prepaid subscribers will be catered during commercial launch targeted on NT Anniversary (Magh 22, 2073)

To use 4G/LTE service, your mobile needs to support 4G/LTE and in case you have older version of SIM card, you will need to replace it with newer 4G enabled SIM(Universal SIM i.e. U-SIM).

For now promotional offer of 4G for 4days @1G/day is offered free of cost to customers. If subscribers’ usage goes beyond this data volume limit, then normal [email protected]/MB will be levied.

For iPhone 6 and above, customers have to wait until March 2017 for iPhone iOS update .

For apple’s 6 series and above — regulatory table for LTE frequencies for Nepal need to be updated in the iOS version, which has not been done so far, as per apple’s statement.
Higher versions have higher security features and higher performance features that drain more battery etc.
For LTE, Apple conducts drive tests and performs optimization before giving approval for use on Apple iPhone in that network. This is apple’s policy everywhere around the world.