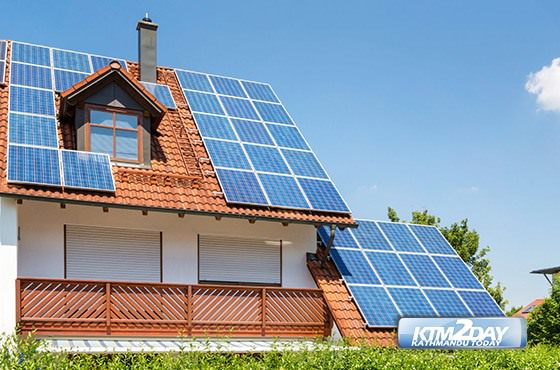 Nepal Electricity Authority (NEA) — the sole power off-taker of the country — has been allowed to purchase solar power from households and commercial entities as the Ministry of Energy has enforced the ‘Guidelines of Grid Connected Solar Energy Development’ recently.

Households and commercial entities had resorted to solar energy when the power supply situation was chronic with prolonged load-shedding hours and henceforth they can sell the energy produced from their solar installations to NEA.

The guidelines have fixed power purchase agreement (PPA) rate at Rs 7.30 per unit (kwh) for PPA signed within three years and cost can be increased by three per cent per annum for eight times. NEA has been allowed to purchase 15 per cent of the total capacity of the solar installation and the PPA will be signed on ‘take or pay’ basis.

The households and commercial entities can pay the bill to NEA by deducting the quantum of power they have supplied to the NEA grid.