Worldlink ties up with Juniper to build high performance network 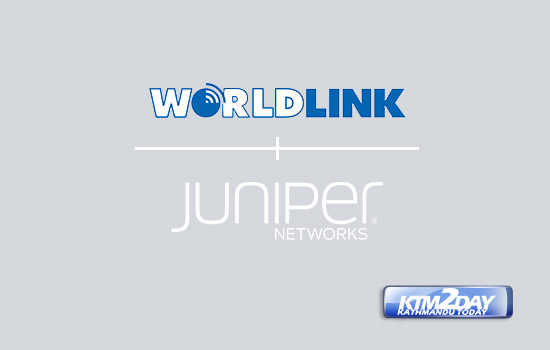 “WorldLink has deployed the MX series by Juniper as a part of its transition to a high-speed 100GbE backbone network.

It has also incorporated MX960 at the 100GbR network core, and also for Internet gateway and broadband router purposes,” the company said in a statement, adding: “In addition, the MX480, MX240 and MX104 have also been deployed as MLPS aggregation and provider edge routers.”

Samit Jana, CTO of WorldLink said that the partnership with Juniper will play a key role in the steady increase of fixed broadband penetration across developing countries like Nepal.

“Juniper’s high performing technologies, along with its detailed after-sales service management has enabled WorldLink to deliver a stable and secure network, while ensuring the growth of Internet connectivity has affordable rates.”