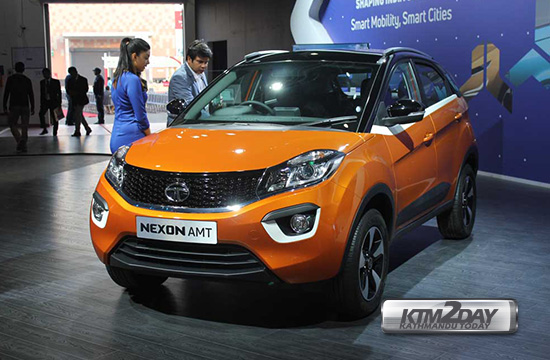 Tata Motors had showcased the AMT version of its highly popular Nexon compact SUV back in February.

Now, the company has finally launched the 2018 Tata Nexon AMT (automatic) in the Nepali market.

Available in both 1.2-litre petrol and 1.5-litre diesel engines, the AMT-equipped Nexon is offered in the top-spec XZA+ trim.

With attributes such as unique styling, feature-laden cabin, highly efficient engines and of-course the aggressive pricing, the Tata Nexon compact SUV has taken the industry by storm.The SUV has been receiving an excellent response from car buyers since its launch in September, 2017.

With AMT (Automated Manual Transmission) version, Tata Motors is aiming to further improve its sales in the highly competitive market.

The 2018 Tata Nexon AMT (Automatic) will take head-to-head against the new EcoSport (Platine AT) and the upcoming Maruti Vitara Brezza AMT variant. 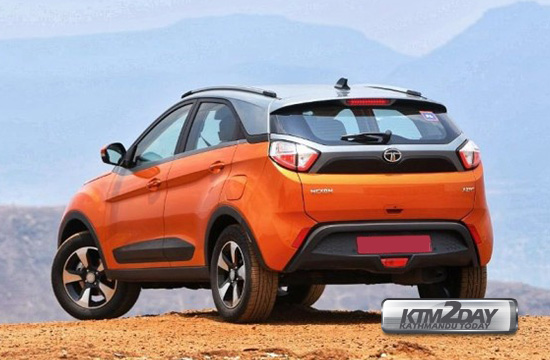 Based on the range-topping XZA+ trim, the 2018 Tata Nexon AMT comes with the 1.2-litre Revotron turbocharged petrol and 1.5-litre turbocharged Revotorq diesel engine options. While the gasoline unit pushes out a maximum power of 108bhp and a peak torque of 179Nm, the oil burner makes a top power of 108bhp against 260Nm of torque. These figures make the Nexon the second most powerful compact SUV in the country.

Unlike the manual version of the SUV that comes with a 6-speed MT gearbox, the Nexon automatic variant will feature Magneti Marelli sourced 6-speed AMT unit. The latter one is also offered on the Tiago AMT and Zest. The new gearbox unit offer a creep mode that controls the throttle inputs in stop-and-go situations. The AMT can be used in manual modes as well. Similar to the regular model, it comes with the multi-drive modes – Eco, City and Sport. 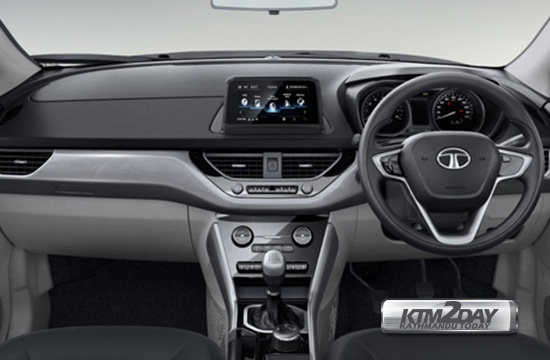