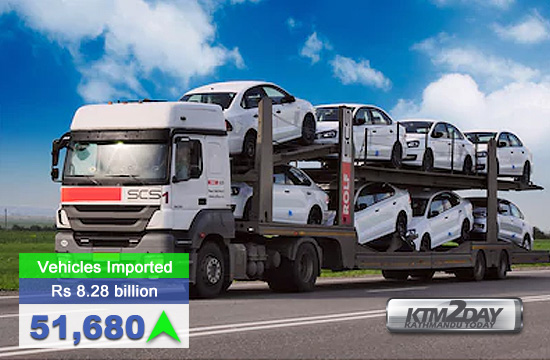 A total of 51,680 vehicles were imported till October 1 in the current fiscal year, the officials said.

Motorcycles, auto rickshaw, ambulances, tractors, jeeps, cars, vans, electric vehicles, buses, mini-buses and micro-buses were imported. Of them, 90 per cent of the vehicles were imported from India while 10 per cent others were from the third countries.

Revenue Officer Yadav said that increment in revenue is the result of vehicles’ price hike, widened ambit of tax and more number of vehicles’ import.

Vehicles worth Rs 6.86 billion were imported during the same period of the previous fiscal year from Birgunj Customs Point.