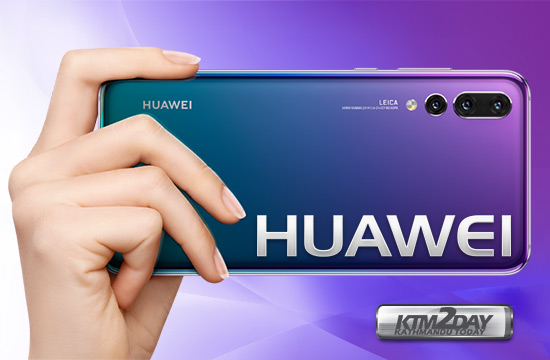 Huawei Technologies Co, the Chinese multinational telecommunications company has expressed its plan to lead Nepal’s smartphone market within the next three years through effective branding, network building and launch of consumer-friendly mobile sets.

Though Huawei entered the mobile phone market in Nepal only in 2014, the company has already sold almost one million units of mobile sets in the domestic market within this short span of time and stands at the second position in the smartphone market today, claimed Joyas Zhu (Zhun Jinyong), director of Huawei Technologies Nepal Co.

“Nepal is an important market for Huawei and the brand has been loved by Nepali customers. Now we seek to lead the Nepali smartphone market in the next few years,” said Joyas.

Huawei believes their long-term vision of doing business in Nepal and launch of user friendly mobile devices in the domestic market have led them to become one of the popular mobile phone brands in Nepal.

“Nepal is a strategic market for us and we are here to do business for many years. Thus, our focus in the upcoming days will be to strengthen Huawei’s network across the country and bring in the latest products from the Huawei smartphone family,” added Joyas.

Huawei believes that the increasing smartphone demand in Nepal along with the launch of 4G service last year makes Nepal a potential market for smartphone business. However, various factors like the country’s difficult terrain for effective networking and branding, which increases cost, comparatively low demand of high-end phones, policy uncertainty and high rental fees, among others are some of the few challenges for doing business in Nepal, according to the company.

Despite all these hindrances, Joyas said that Huawei is committed to increasing its investment in Nepal and leading the smartphone market.

Along with expanding its business in Nepal, Huawei also plans to engage in various socially responsible activities in the country in the future. “We are here not only for commercial purpose,” said Joyas.