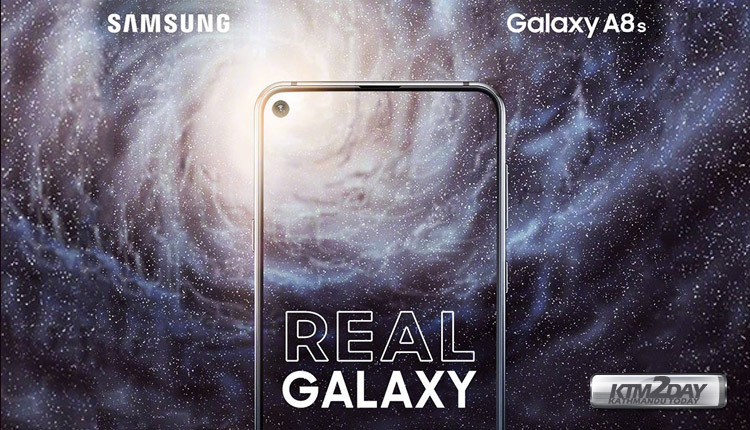 Samsung first released details of its innovative punch-hole camera at its developer conference last month. As things stood then, the Galaxy A8s would be the very first Infinity-O display toting smartphone in the world. Samsung however hadn’t revealed a launch date at the time.

However, shortly thereafter, Huawei teased a very similar device, dubbed Nova 4, which will be revealed on December 17. Samsung, not wanting to be outdone, has today revealed that the Galaxy A8s will be announced on December 10.

Now, the launch date was revealed from Samsung’s official account in China so there are no ifs and buts here. This is pretty much right from Samsung’s account. Previously, Samsung had teased its foldable smartphone, but came second as a relatively less known Chinese company Royole, took first dibs by revealing a commercial foldable smartphone. The smartphone giant wants to make sure such a thing doesn’t happen again. Speaking about the smartphone itself, the Galaxy A8s will rock the first Infinity-O display, something we will see more next year as brands finally renounce the notch. The handset was recently also certified at the Federal Communications Commission in the US hinting that the handset will also launch in the US soon.

As per that listing, the Galaxy A8s will boast a 6.3-inch FullHD+ display with a resolution of 1080×2340 pixels. On the processor side of things, the device is expected to rock a Qualcomm Snapdragon 710 SoC paired with 6GB of RAM and 128GB of storage.

The handset could also feature a triple camera like the Galaxy A7 (2018) comprising of a 24-megapixel primary sensor working in tandem with a 10-megapixel and 5-megapixel sensors. The front hole in the screen is thought to be home to a solitary 24-megapixel selfie camera.