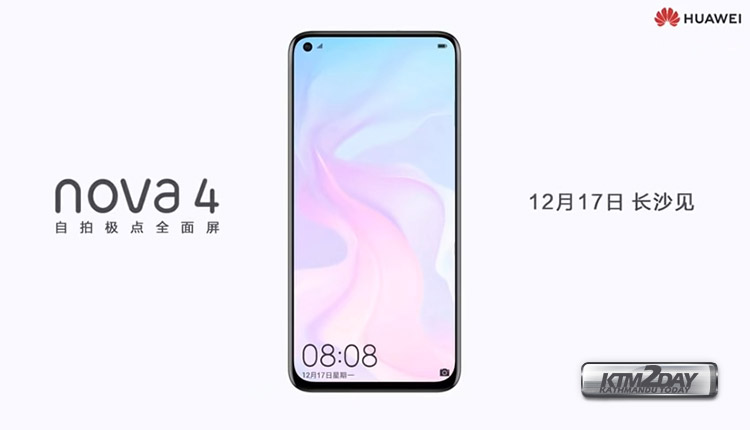 After a series of leaked images of the upcoming Nova 4 appear online, Huawei has now revealed the phone itself by uploading a teaser video of the Nova 4 which appears in clear images.

Huawei is about to announce the Huawei Nova 4, its first phone with a hole in the screen for the camera to increase the size of the panel and eliminate the controversial tab or notch.

The the Nova 4 will be presented for the first time in the American market during CES 2019 after its official presentation in Asia on December 17.

The smartphone industry has bet heavily on the notch : a bezel on the top of the frame that surrounds the screen to leave a thicker part that is used to place the front camera and other sensors, such as the lighting or the front speaker. The notch also allows to increase the useful size of the screen by thinning the rest of the bevels. The notch became popular massively with the launch of Apple ‘s iPhone X in 2017 ; in this case, the notch houses the TrueDepth sensor system, which among other things activates the Face ID face reader function. However, Huawei and other manufacturers are looking for an alternative to the notch. A small gap like the one shown in the Huawei Nova 4 photos would be one of those options. Samsung also confirmed that it will present on December 12 a cell phone of its Galaxy A line with a hole in the screen, the Samsung Galaxy A8s. And Lenovo is expected to present the Z5S, with that same feature, on December 6 in China.

This hole in the screen not only gets rid of the notch, but will also increase the ratio of body and screen ( screen-body ratio ).

Huawei Nova 4 will have a body-screen ratio of 91.8 percent, one of the highest in the industry. The Xiaomi Mi Mix 3, leader in the subject, has a ratio of 93.4 percent.

The images obtained by CNET in Spanish show that the hole will be almost imperceptible when using a wallpaper or a black interface or in a dark tone, so that having the screen off will be difficult to identify the camera. 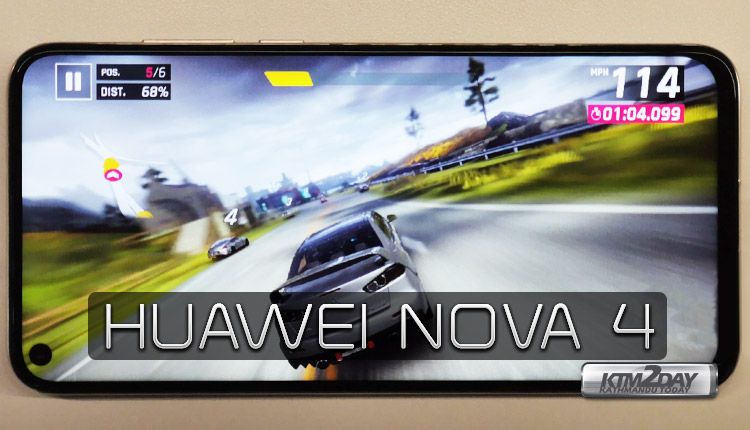 In cases of use of wallpaper or a light-colored interface, the hole will be much more noticeable, but being small it goes unnoticed. The third image shows how the phone will look -and its gap- in videogames (and gives a reference to how it will look with videos) occupying just one corner of the device but without obstructing navigation or handling.

Huawei will announce the Huawei Nova 4 on December 17 during an event to be held in China, as announced by the Asian firm in the Weibo social network. In the American continent the cell phone will be shown with all fanfare in CES 2019, the largest consumer electronics trade show in the world to be held in January.

The sources did not disclose the price and availability information of the Nova 4, but a price can be expected between US $ 400 and US $ 500.