Poco F2 spotted in Geekbench with CPU and RAM revealed 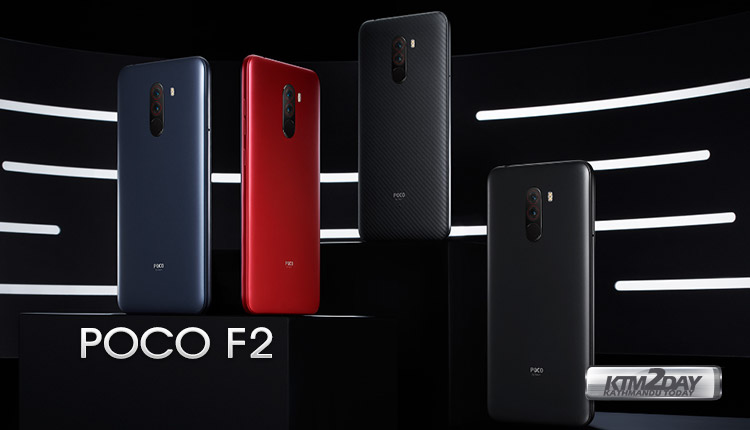 Dec 28 –As we know, the Pocophone F1 already can be considered as one of the most successful smartphones of Xiaomi. That’s because the device has sold more than 700,000 units in the markets where it is available, and the “Poco” brand has won thousands of fans around the world .

Now, it seems, the company is already preparing to launch the successor of the device in 2019. That’s because a listing in the Geekbench benchmark application already brings a new smartphone from Xiaomi under the name of Pocophone F2 .

However, what draws a lot of attention is the fact that the device has some specifications that already exist in the current Pocophone F1. One of them is the presence of the Snapdragon 845 processor and the same 6 GB of RAM. Check below: The test indicates a possible Pocophone F2. However, Xiaomi has not yet commented on the subject and everything should be taken as rumor.

Another important point to note is that the device marked 2321 in single-core and 7565 in multi-core. This shows that this device even has a performance practically the same as the current Pocophone F1, something rather strange in the case of a possible second generation smartphone.

The key focus of Poco has always been to bring a powerful phone with the latest processor at an affordable price tag, at least that was the case with the Poco F1, which is currently the cheapest Snapdragon 845 phone. In fact, the Poco F1 is right now the only phone under INR 20,000 that is powered by Snapdragon 845 processor.

If this leak is even real, it’s possible that Xiaomi is looking at launching the F2 with an under-clocked 845 at a much lower price. If that’s the case, this will be yet another killer deal, but it’s way too soon to jump to any conclusions just yet.

As for the rest of the specs, we see 6 GB RAM and a mention of Android 9 Pie.

The Poco F1 has almost everything in it and is one of the best and the most powerful phones available at its price segment. But as all good things come with a flaw – the Poco F1 could have had a better design and camera performance. These could be the areas that Poco might work on for the upcoming Poco F2.

Dec 24 – After Poco India CEO C Manmohan tweeted about the next new Poco Phone yesterday , the world had been expecting the Poco F2 smartphone but that led to a dismay and what we have now is a Poco F1 Armoured Edition With 6GB RAM, 128GB Storage , as expected.

Last week’s been crazy! #POCOF1 has won awards & appreciation one after the other and #Christmas seems to have come early! @MKBHD @TheMrPhone @91mobiles @AndroidAuth

But, that’s not all.
I have a surprise for all of you. A #NewPOCO is coming. Can you guess when? ?

Poco India recently dropped the price of the Poco F1 smartphone from a launch price of INR 20,999 to a discounted price of INR 19,999 on its base model which features a Snapdragon 845, 6GB RAM and 64 GB storage which sports a simple, matte-finish plastic back.

The company created this new price slot to fit in the same base model with some cosmetic upgrades which includes the newly launched Armoured Edition featuring a ‘real Kevlar’ back panel. The Armoured Edition of this base variant is now on sale for INR 23,999 which now comes with a upgraded storage of 128 GB.

Earlier the Armoured Edition was only available on the highest variant that comes with 8GB RAM/ 256GB storage option.

Notably, Poco India General Manager C Manmohan on Monday teased the arrival of a new Poco smartphone, with a follow-up tweet indicating it would be on Christmas Day. That day is here, and the new Poco F1 Armoured Edition variant is the announcement. The dual-SIM (Nano) Xiaomi Poco F1 was launched with MIUI 9.6 based on Android 8.1 Oreo. However, the smartphone recently started receiving Android 9.0 Pie on top of MIUI 10. It also features a features a 6.18-inch full-HD+ (1080×2246 pixels) display along with a 2.5D curved Gorilla Glass 3 protection. Under the hood, there is a Qualcomm Snapdragon 845 SoC, paired with 6GB RAM specifically for the latest Armoured Edition.

For storing content, the latest Poco F1 Armoured Edition has 128GB of onboard storage that is expandable via microSD card (up to 256GB) in a hybrid SIM slot configuration. On the connectivity front, the smartphone has 4G+, VoLTE, Wi-Fi 802.11ac, Bluetooth v5.0, USB Type-C, 3.5mm headphone jack. Sensors on board the handset are an accelerometer, ambient light sensor, digital compass, gyroscope, and proximity sensor. Besides, there is a 4,000mAh battery that supports 18W charging and Quick Charge 3.