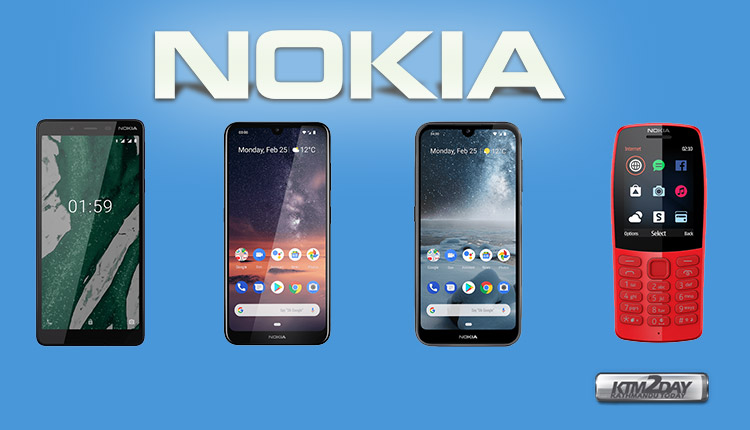 The Nokia 4.2 is “as minimalistic as possible”, with a 2.5D glass front and back, polycarbonate frame, and metal internal structure with a 5.71-inch HD+ display. It comes in black and pink, has face unlock with less than 2 seconds authentication time, a “selfie notch” with an 8MP front-facing camera, a 13MP rear-facing camera with a depth-sensing secondary camera, and runs on a Qualcomm Snapdragon 439 processor.

New features for the Nokia 4.2 are a notification light surrounding the power button on the side of the device to “gently alert you of your notifications”, as well as a dedicated Google Assistant button opposite the power key.

At the front, there is an 8-megapixel selfie camera, which also brings in AI-based Face Unlock and there is a dedicated Google Assistant key. Other features include a fingerprint scanner, a white notification light in the power button, 4G, FM radio, NFC, and Android 9.0 Pie and a starting price of $169 . 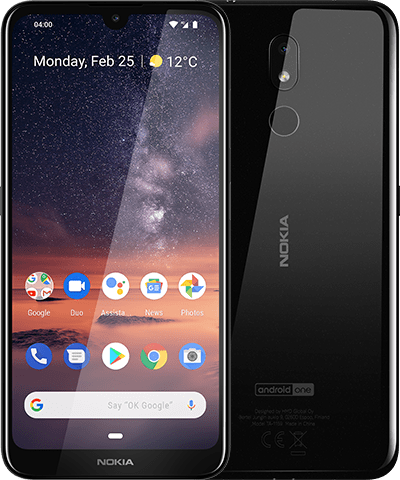 It is powered by the Snapdragon 429 chipset with similar 2GB + 16GB and 3GB + 32GB memory configurations. Notably the 16GB variant does not feature a fingerprint scanner but the 32GB variant gets one at the back. There’s a single 13-megapixel camera with autofocus and a LED flash and a front 5-megapixel camera which also supports Face Unlock. Rest of the features include a 4,000 mAh battery, Android 9.0 Pie out of the box, the same notification light sitting inside the power button, FM radio, and a dedicated Google Assistant button. This one will be available for $139 for the 16GB model and $169 for the 32GB version. One of the first global Android 9 Pie (Go edition) smartphones, Nokia 1 Plus brings solid imaging in a high-quality Nokia design with a big screen, at exceptionally accessible price points.

As an upgrade over the Nokia 1, the Nokia 1 Plus runs Android 9.0 Pie (Go edition) out-of-the-box and comes with a quad-core MediaTek processor. The Nokia 1 Plus also comes in multiple colour options to attract young audiences.

The Nokia 1 Plus comes as a larger version of the Nokia 1 and gets a taller 5.45-inch display with a rather disappointing 960×480 pixels resolution. It is powered by a MediaTek MT6739 processor with PowerVR GE8100 GPU and 1GB of RAM with 8GB of expandable storage similar to the original Nokia 1.

The camera department gets an 8-megapixel camera with autofocus and LED flash at the back and a 5-megapixel at the front with a Beauty mode. It also comes with Android Go based on the latest Android 9.0 Pie and should receive monthly security updates on time. It will be available for $89 while a limited edition 16GB variant will be available for $99 in Latin America. 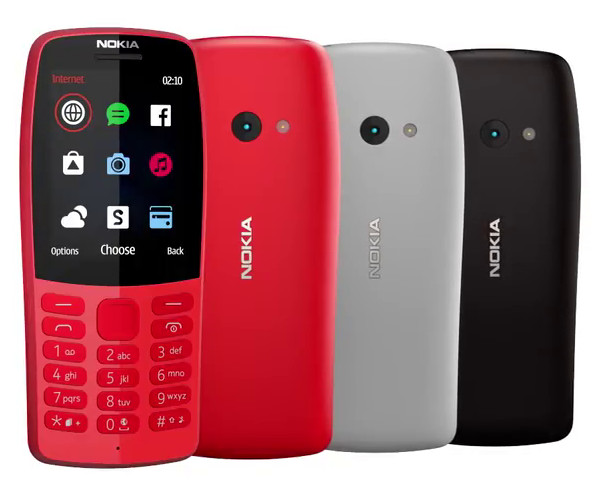 Wrapping up the lineup is the Nokia 210 feature phone. Why did the company announce a new feature phone? Well, the fact that HMD is now the world’s number one feature phone maker. The Nokia 210 has a 2.4-inch 320×240 resolution screen, a numpad, a VGA camera on the back with an LED flash and runs on S30 software with Opera Mini Browser, Facebook, and Classic Snake game. Users will also get access to a Mobile Store for app downloads, but considering the low storage space, you will be limited when it comes to loading apps. The 210 will be available for $35.