On April 6, Istanbul Atakturk Airport — which was considered one of the busiest airports in the world with 70 million annual passengers — officially ceased operations. All commercial flights were transferred to Turkey’s new flagship international airport, which means Istanbul New Airport is open for business.

The first flight at Istanbul New Airport took place October 2018, and now the airport’s first phase of construction, which includes three runways and 15 million square feet of terminal space, is finished. There are four phases to be completed by 2025, with a total cost of about $12 billion. 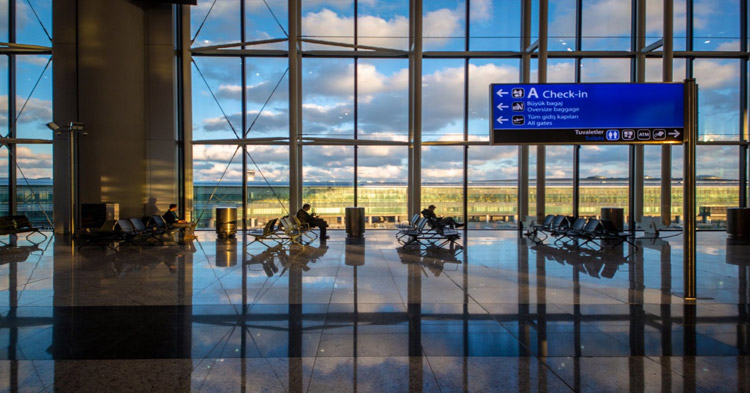 There will be 55,000 square meters (592,000 square feet) of Duty Free shops. The Duty Free area, inspired by the Bosphorus, a famous waterway in Turkey, will have seven sections housing different concepts, including “Fashion Garden,” “Family Palace” and “Style Beach,” each selling brands related to its theme. 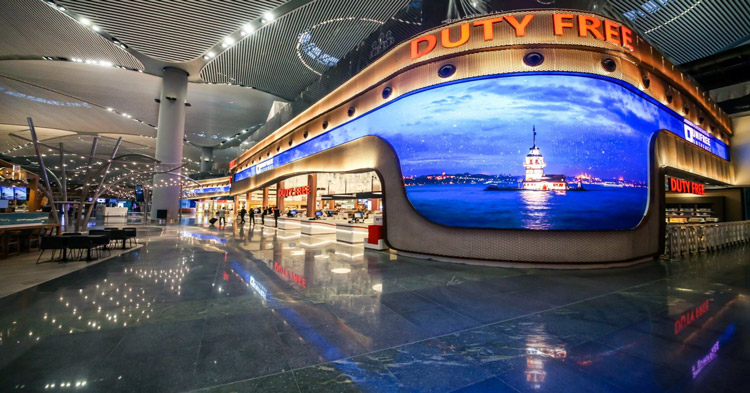 The airport also has a Yotel, a 451-room boutique hotel that has both “land-side” and “air-side” access. Those booking air-side (located near Duty Free) don’t have to leave the airport after they deplane. Land-side bookings are for passengers who have not yet gone through customs and passport control. 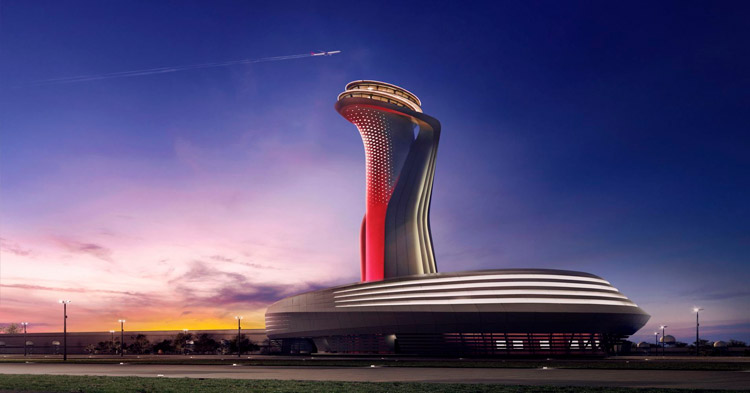 The air traffic control tower at Istanbul New Airport, which is 22 miles from Istanbul, is shaped like a tulip, a popular and symbolic flower in Turkish culture.

The massive growth of Turkish Airlines is one of the major reasons for Istanbul New Airport. 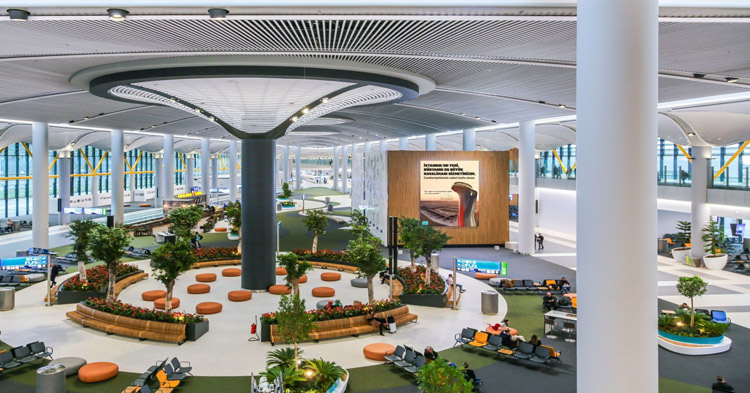