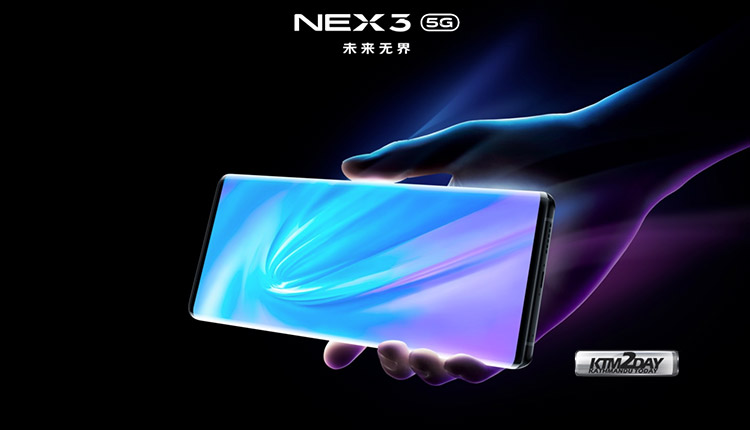 Vivo has just unveiled the Nex 3 5G, the world’s first smartphone with a waterfall screen. Recall that this feature hides the edges of the display onto the side frames in a curved manner. Earlier today, on the leaked official image renders of Huawei Mate 30 Pro, we saw the implementation of this feature.

The main highlight goes tO the OLED Waterfall Fullview display that extends to the sides of the model. So there are no physical buttons on this device.

Vivo Nex 3 5G is also the new flagship of the manufacturer, so that features and technologies are not deprived. As the name implies, the smartphone supports 5G, but there is also a separate non-5G version for markets where 5G is not available. 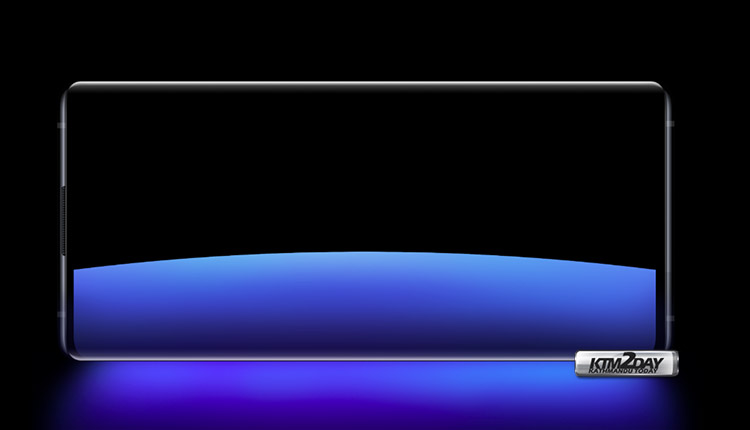 The device sports a 6.89 inch OLED display with Full HD + resolution, which occupies 99.6% of the front screen area. 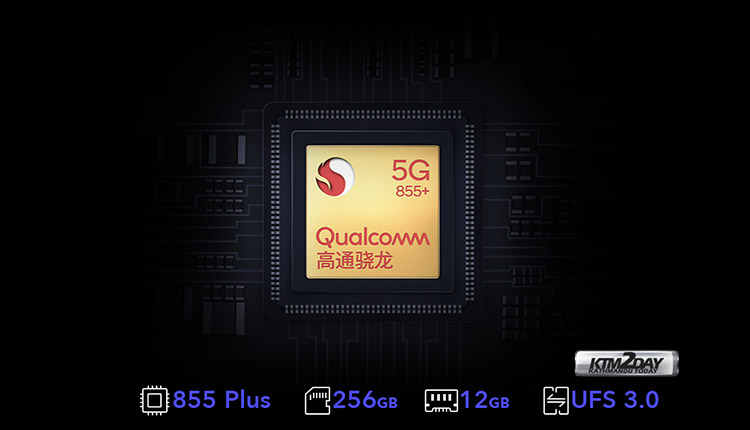 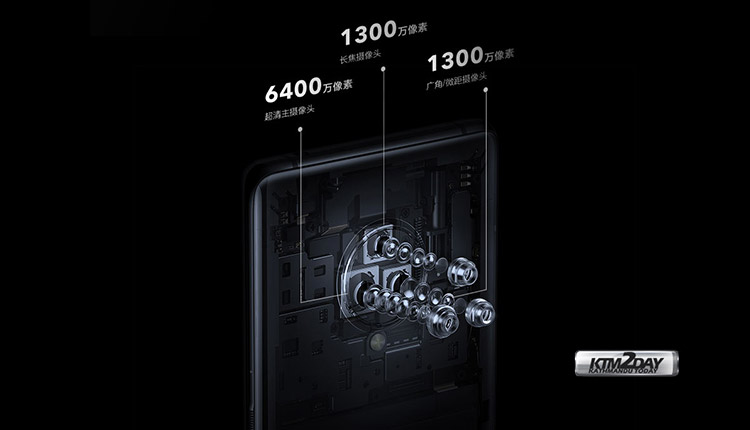 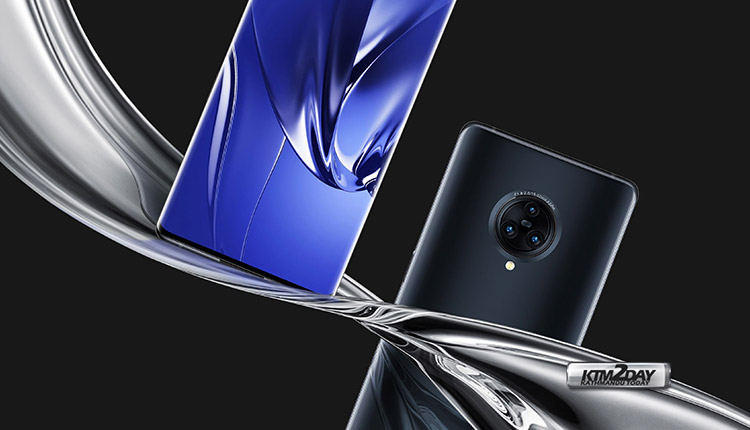 Talking about the screen, due to its extreme curved edges, the smartphone is devoid of physical keys as there is no room for any buttons on the sides of the smartphone. The physical buttons are replaced with new touch technology based virtual buttons known as Touch Sense technology. There is also an X-Axis Haptic feature that provides tactile feedback when you press those same touch buttons. Journalists who attended the presentation claim that they did not happen to accidentally click on their smartphone while using the new touch feature . 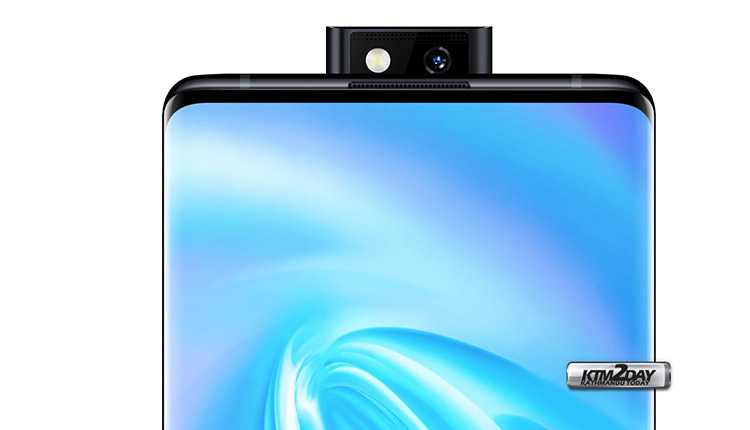 Vivo had earlier demonstrated such feature in its conceptual smartphone designated by Vivo Apex, which has not been marketed. In practice, although it does not display physical buttons, the smartphone features the same functions as a “normal” phone, through a simple touch. 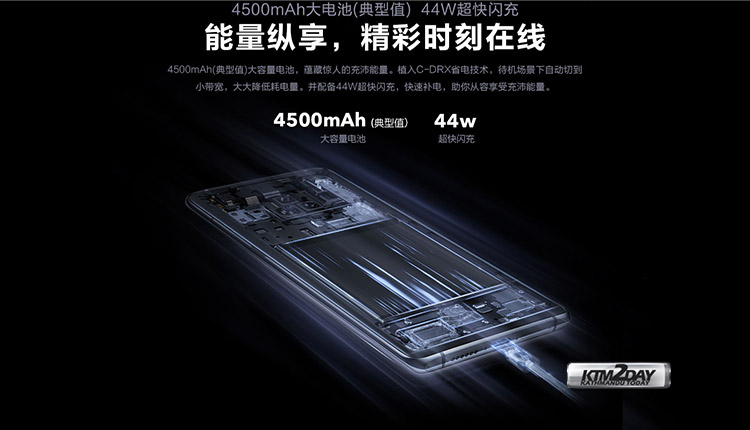 At the same time, apparently, Vivo did not try to explain why such screens are needed in smartphones.

The 4G and 5G versions will rely on a Snapdragon 855 Plus Qualcomm processor and have a vapour chamber cooling system. As for the battery, it has 4,500 mAh and supports the Super Flash-Charge fast charging mode of 44 W. The NEX display incorporates a biometric fingerprint sensor on the screen. 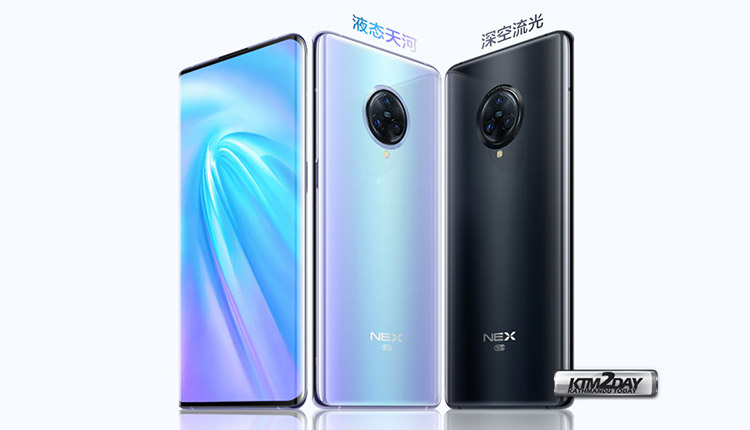 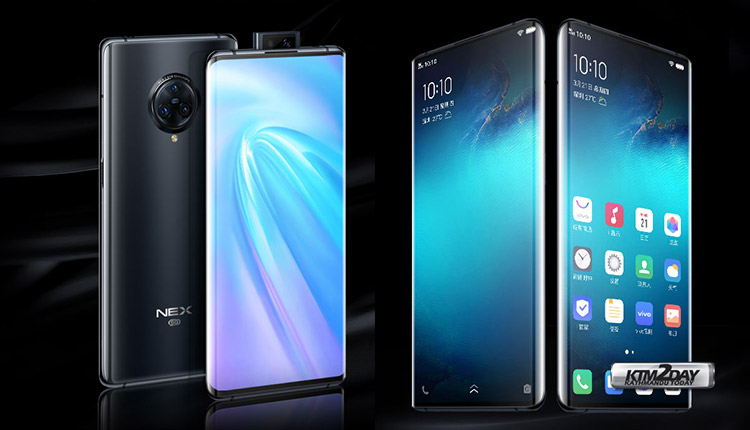