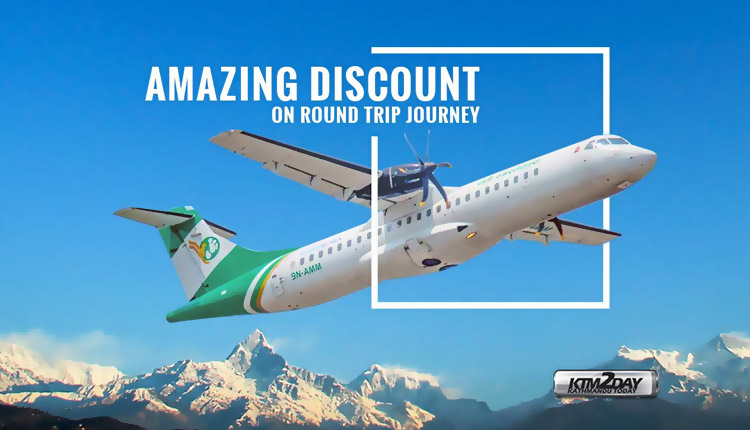 Domestic carriers affiliated to Airline Operators Association of Nepal (AOAN) have decided to offer 10% discount on base fare to passengers during Dashain, Tihar, and Chhath festivals.

Issuing a statement on Sunday, AOAN said that airlines operating scheduled flights will provide discount between September 29 and November 3.

According to the association, airlines will provide discount only on tickets purchased through their respective counters.

Base fare does not include fuel surcharge and airport tax, among others.

Airline operators say passengers will not face shortage of air tickets has most of the airlines have expanded their fleet this year. “Existing aircraft will be sufficient to fly passengers to their desired destinations,” said Kandel.

AOAN has also said that chopper operators will be available for search and rescue flights even during the festival season.

The association has 15 member airlines. Ten of them are helicopter operators. 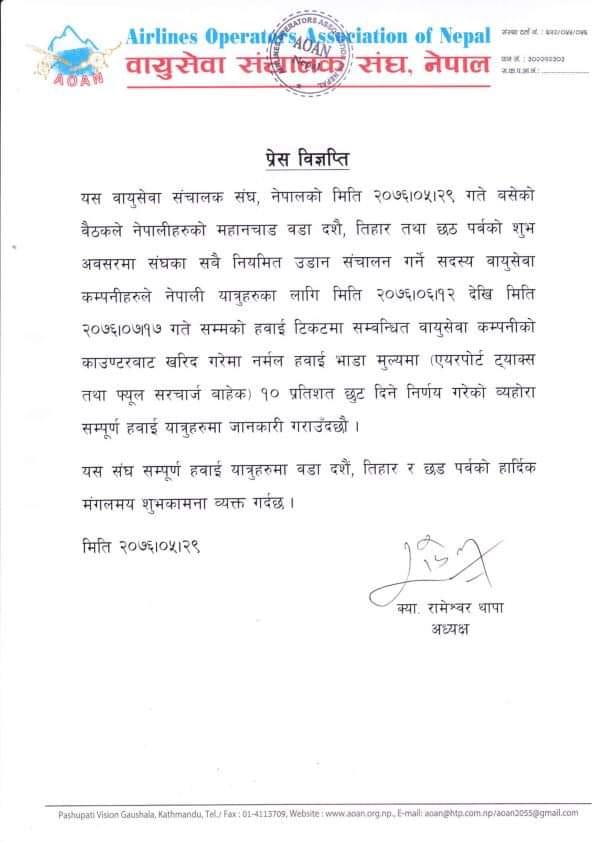